Holy shit, y'all. This grey fella is ten years old!!!
He's been a part of my life for 8½ of his years. It absolutely blows my mind.
For his 10th birthday, I motivated myself to get up and FINALLY repaint my jump standards. They have been in dire need of a fresh coat to help outlast our intense weather up here, and I've been putting it off with no real reason since March. But when the jump-jump pony turns 10, you've gotta do something special for him, right? And what could make the jump-jump pony happier than having his jumps setup again?
Nothing. Nothing makes him happier than jumping. 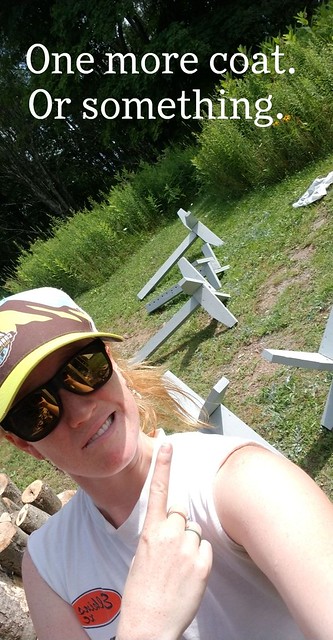 While we've had the cavaletti and XC jumps up for a few months, my shoulder injury set us back so far as any kind of regular jumping goes. As we both get back into the swing of things, I knew jumping colorful sticks that fall down would be much preferred to large solid objects.
Sunday morning, I got up and got at it pretty early. And my early start paid off. I had three coats of paint on those jumps and had them setup in the field before noon! 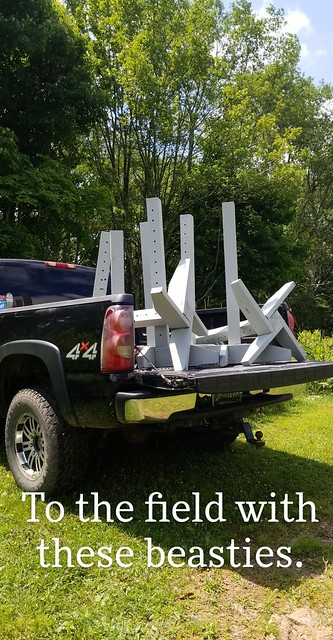 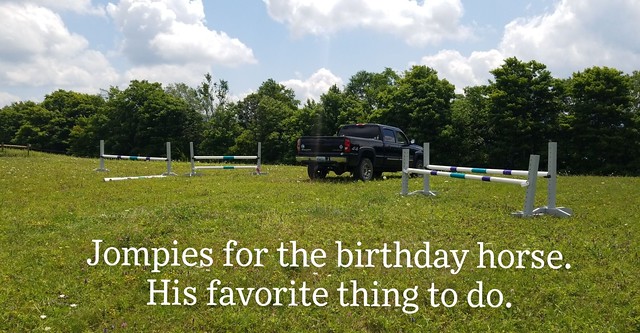 It was a hot (for here) day, but not humid at all (for the first time in weeks), so I pulled Grif out for a short little birthday jumpy jump session. I think he was a little surprised at first to see the jumps out there! But he took to them quickly enough. It was as if we'd just jumped them yesterday. And not like...gosh, I'm not sure. I don't think I've had the standards setup at Starlight Lane yet.

Happy birthday, Grif. You're the best grey pony a girl could ever dream of having.
Posted by Liz Stout at 9:34 AM 13 comments:

I'm jumping back to the beginning of July for this Monday's episode of manic. It's been a minute since I shared one of these posts.
Posted by Liz Stout at 11:08 AM 14 comments: