The answer to yesterday's WW query (sorry for no face photos as he was very IN my face by the time I got around to trying to get any) is 32. Major is a 32 year old TWH who lives in the pasture around my apartment.

I am excited to see these familiar faces from the blogosphere this weekend as the Endurance Trifecta (ahem, Beka) convenes in my home state.

As for details on our shenanigans and adventures? You'll just have to wait until Monday! <3
Posted by Liz Stout at 10:15 AM No comments: 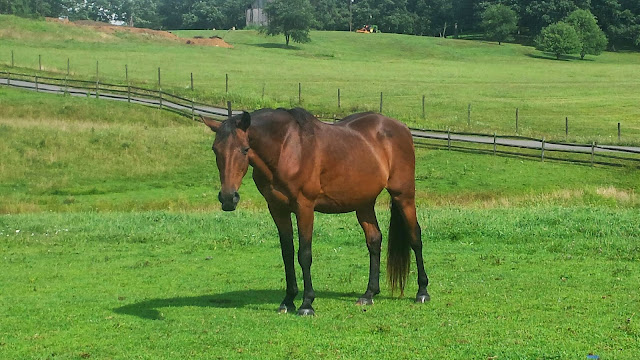 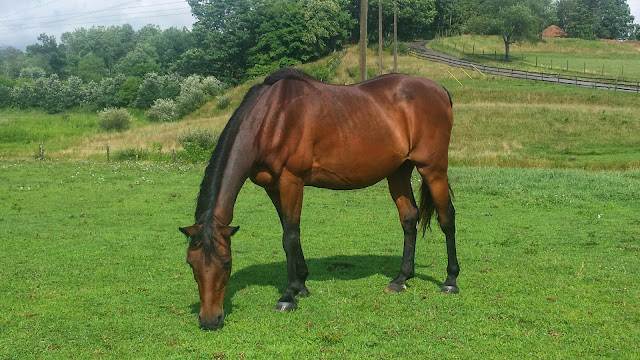 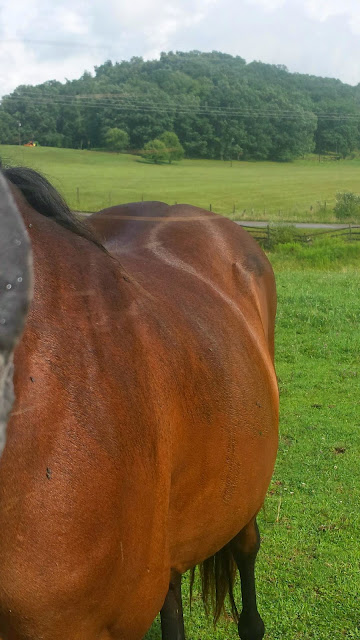 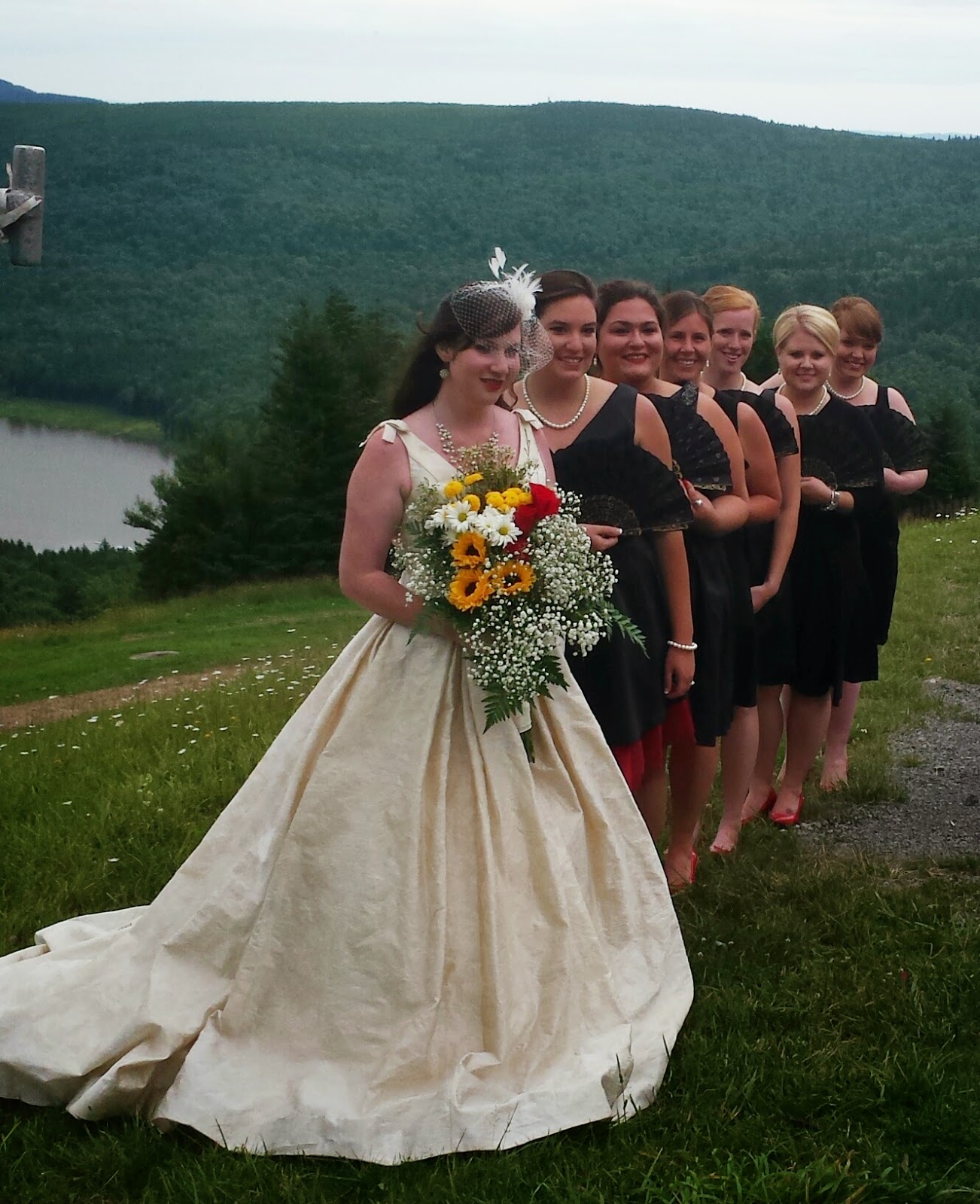 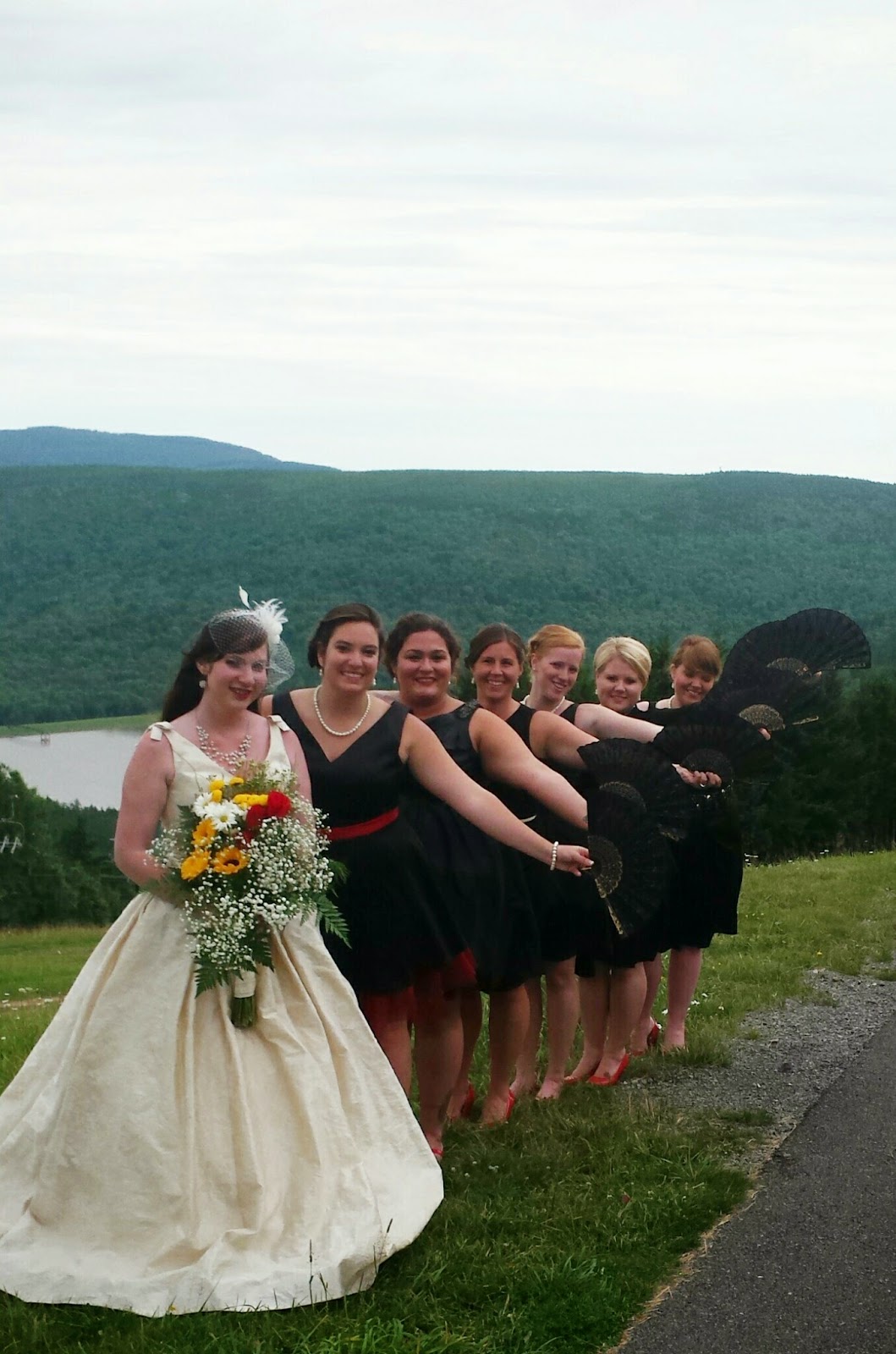 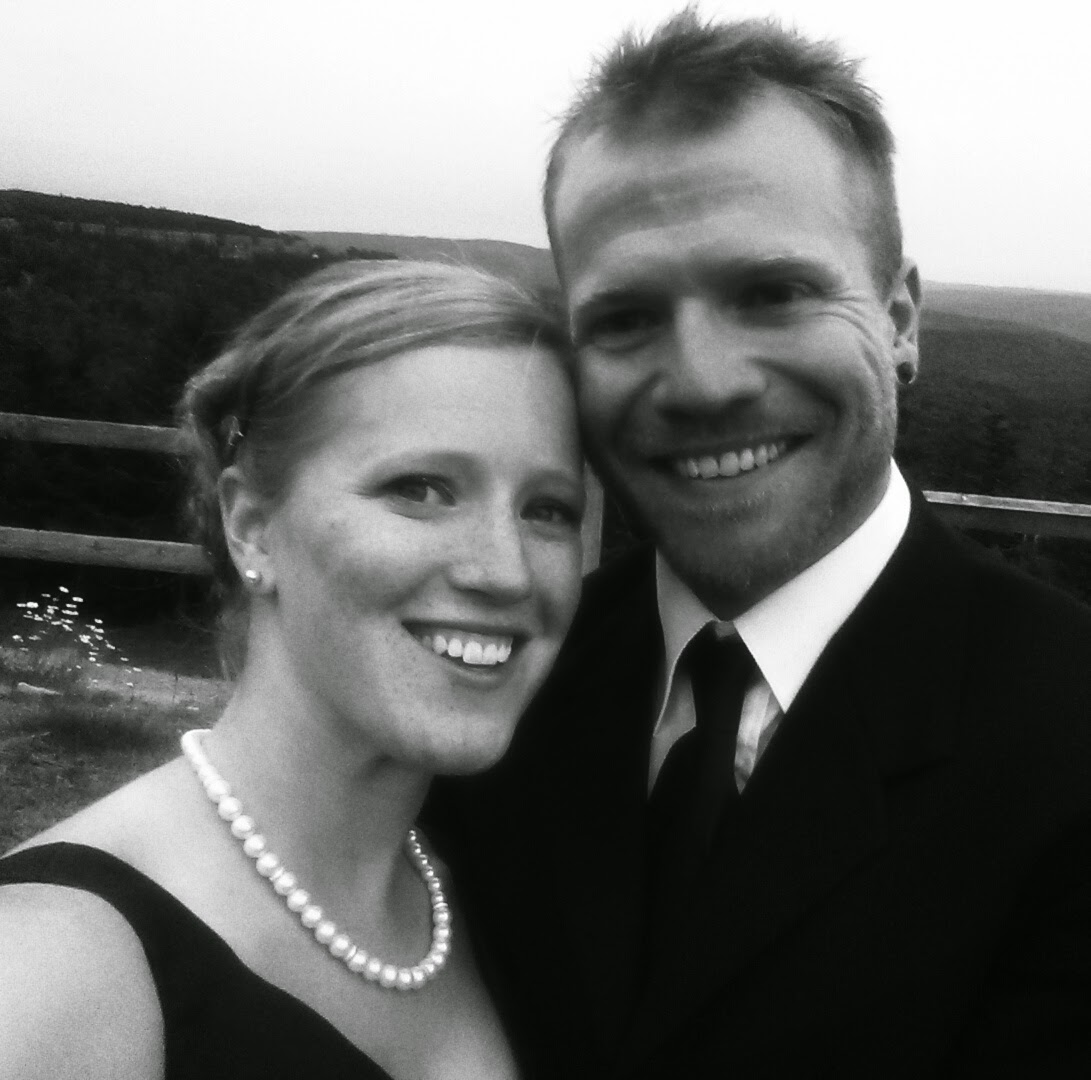 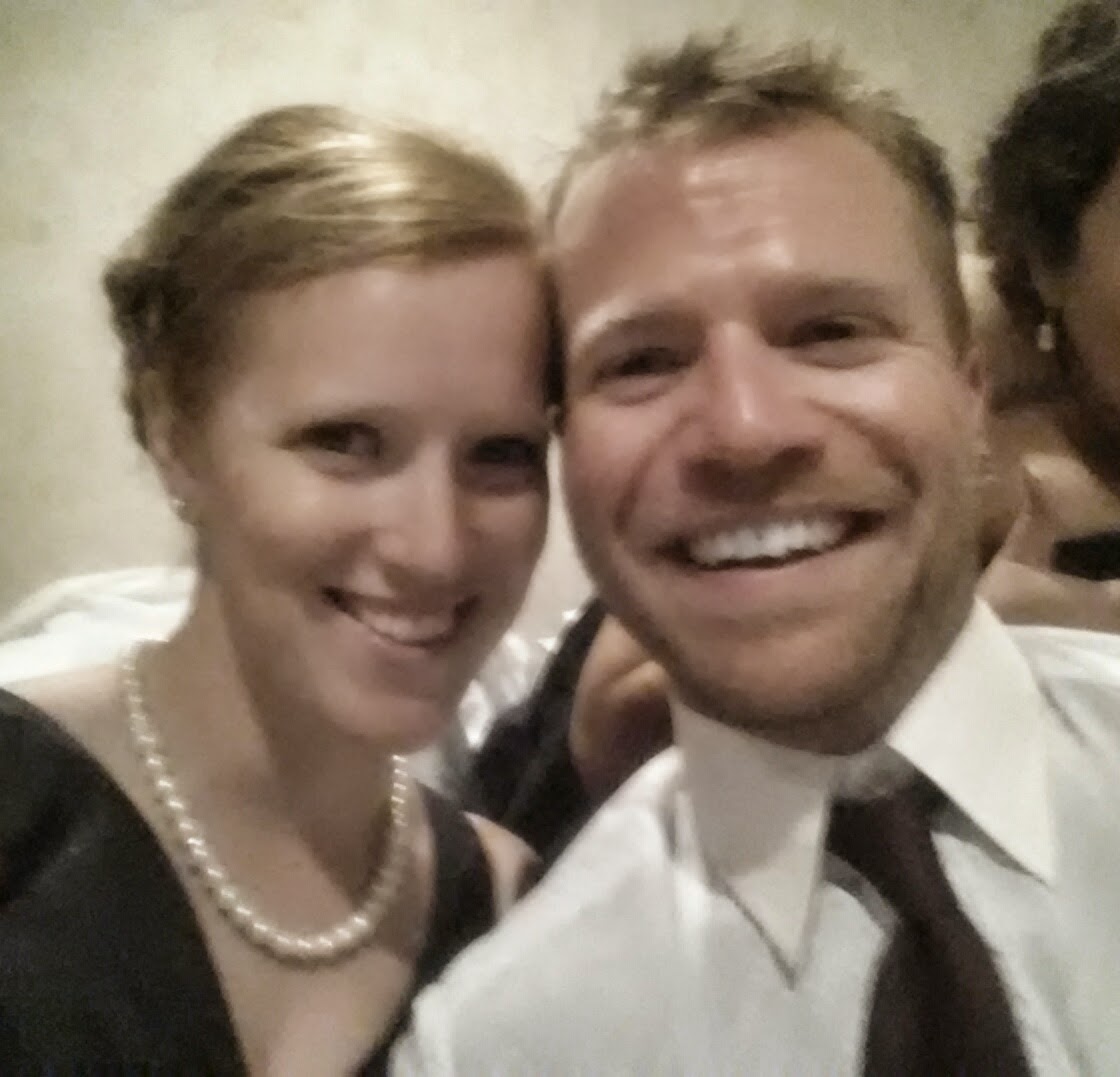 Griffin turned 4 over the weekend. I'm late with this post because I was participating in a best friend's wedding. =)

The pictures seriously don't do justice to how beefy he's gotten. The above were taken after our ride yesterday.

I rode him last night for 2.2 miles. Two sprints up the mountain at Mach 2, then walking home on a loose rein. That was the first I'd gotten out to do anything with him since the backcountry riding last week where he completed ~26 miles over two days. Inevitably, Griffin was a royal pill about things for our short ride last night because of his time off, it's just how he rolls right now - and that's okay because he's still young and new to all of this.

First, he sulked all the way through the bridling process and de-burring of his forelock. He hung his head as low to the ground as he could and wouldn't bring it up. I suppose I prefer this over giraffe behavior! He wasn't RUDE about it, just not cooperative.

Once headed out on the ride, he offered several half-assed bucking attempts as we crossed the back field. I popped him on the neck and snapped at him to cut it out. He grunted and acquiesced to my request.

Right before we headed into the woods and up the first steep hill, he tried to turn around and go home a handful of times. He was popped and told to cut it out again. He grunted.

Then, for added fun, he made attempts to chase Kenai and "play". Pop on neck. Grunt.

Once in the woods he moped along as slow as he could while still going in a forward direction. I took this opportunity to snap off a Tulip Poplar switch which I then used to tap his shoulder with a, "Lookit this, you little shit!"

I suddenly had a forward, compliant grey horse.....who promptly ran me through some sapling trees along the left side of the trail. -_-

I popped him on the rear with the switch and he centered himself on the trail like a good citizen.

He made one more attempt to run Kenai down before we made the turn to put us on the straight and narrow to go up-up-up.

I turned to tell Kenai he was a good boy and I didn't expect him to keep up, and then I faced forward, popped a now sulking Griffin on the rear with the switch and we rocketed up the hill. All The Way UP.

I halted my now huffing and puffing, non-sulky, grey horse at the top and turned him to walk down. Kenai came into view about 50 feet below. GOOD BOY, KENAI! GOOD BOY! 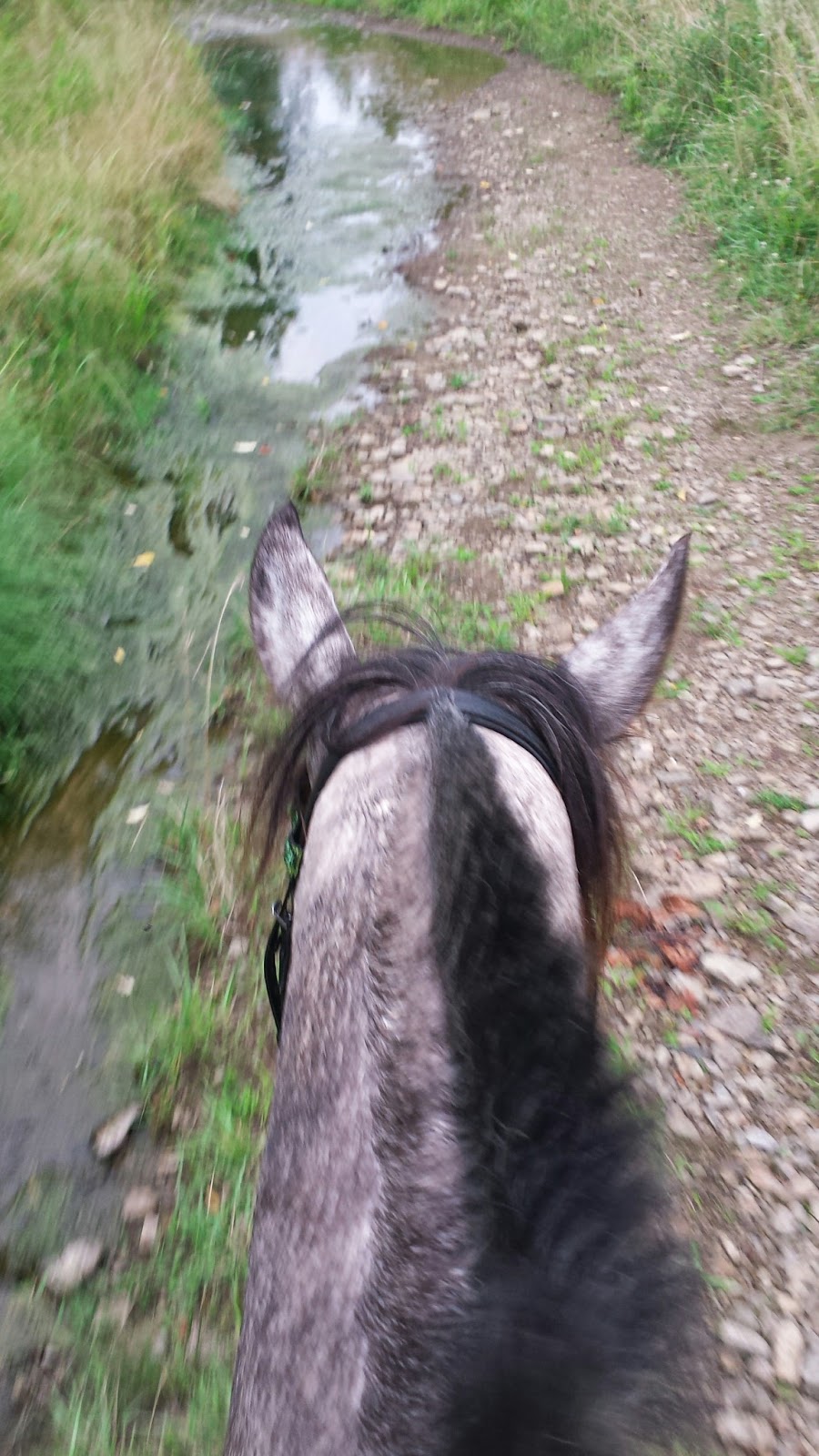 Griffin walked stately for about 3 more paces and then took the bit from me (where did he learn THAT?!) and started cantering downhill for home.

We walked semi-stately downhill the rest of the way to the point where I wanted to turn and sprint the mountain one more time.

As I was turning Griffin, Kenai stopped to look imploringly at me. "It's okay buddy. Wait. Waaaiiitt. I'll be back. Wait."

And then I turned the grey horse and rocketed up the mountain once more.

When we stopped and turned for home this time, Griffin was much better behaved. That sprint was enough to chill his urge to misbehave. >:-)

Kenai did follow, again. I praised him for being so good to follow. (I seriously didn't expect him to wait. We've never practiced the "wait" command in that kind of capacity ever before, but I figured I'd try for his sake.)

Griffin walked on a LOOSE rein all the way home. He even did a pretty good job not freaking out about the horde of flies attacking us. Good poneh.

We even had a nice, controlled canter on a loose rein across the back field.

At the stream, he and Kenai both had LONG drinks before heading to the barn.

A perfect little workout for the little grey beefcake! (And for Kenai and for me!) 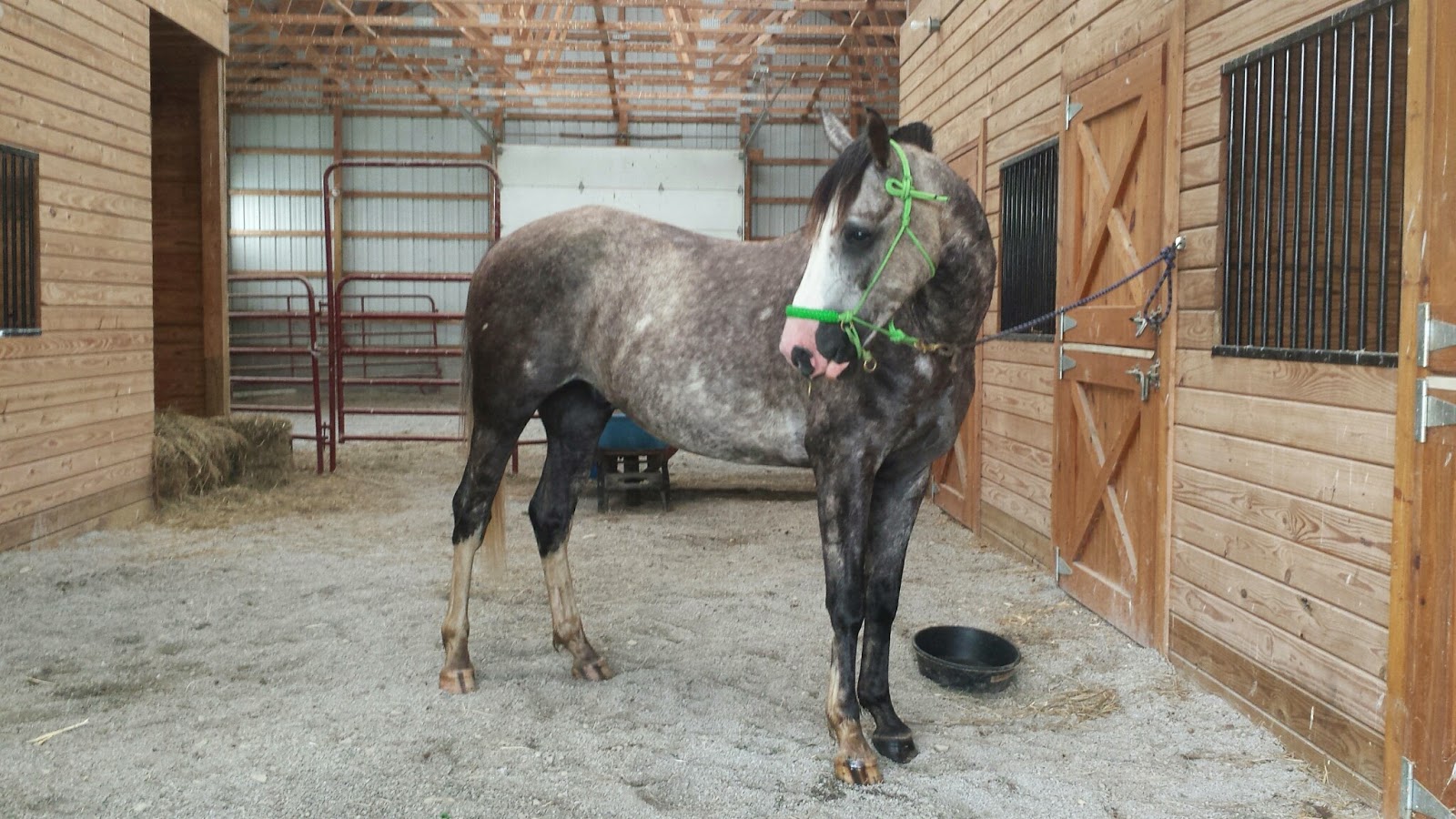 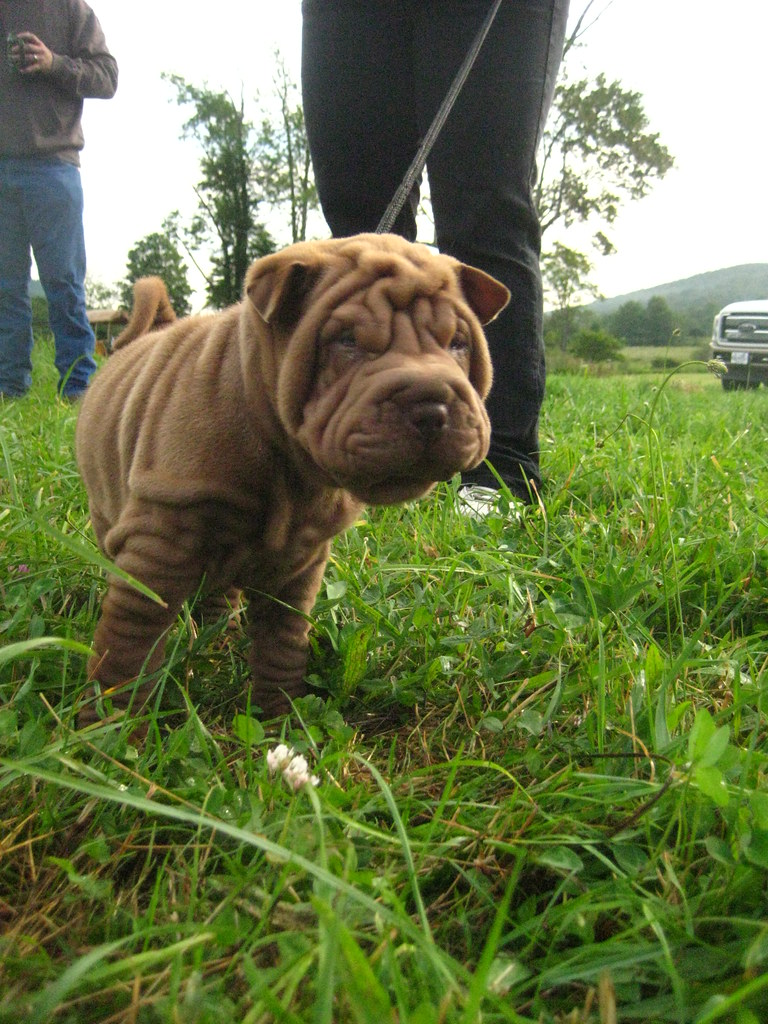 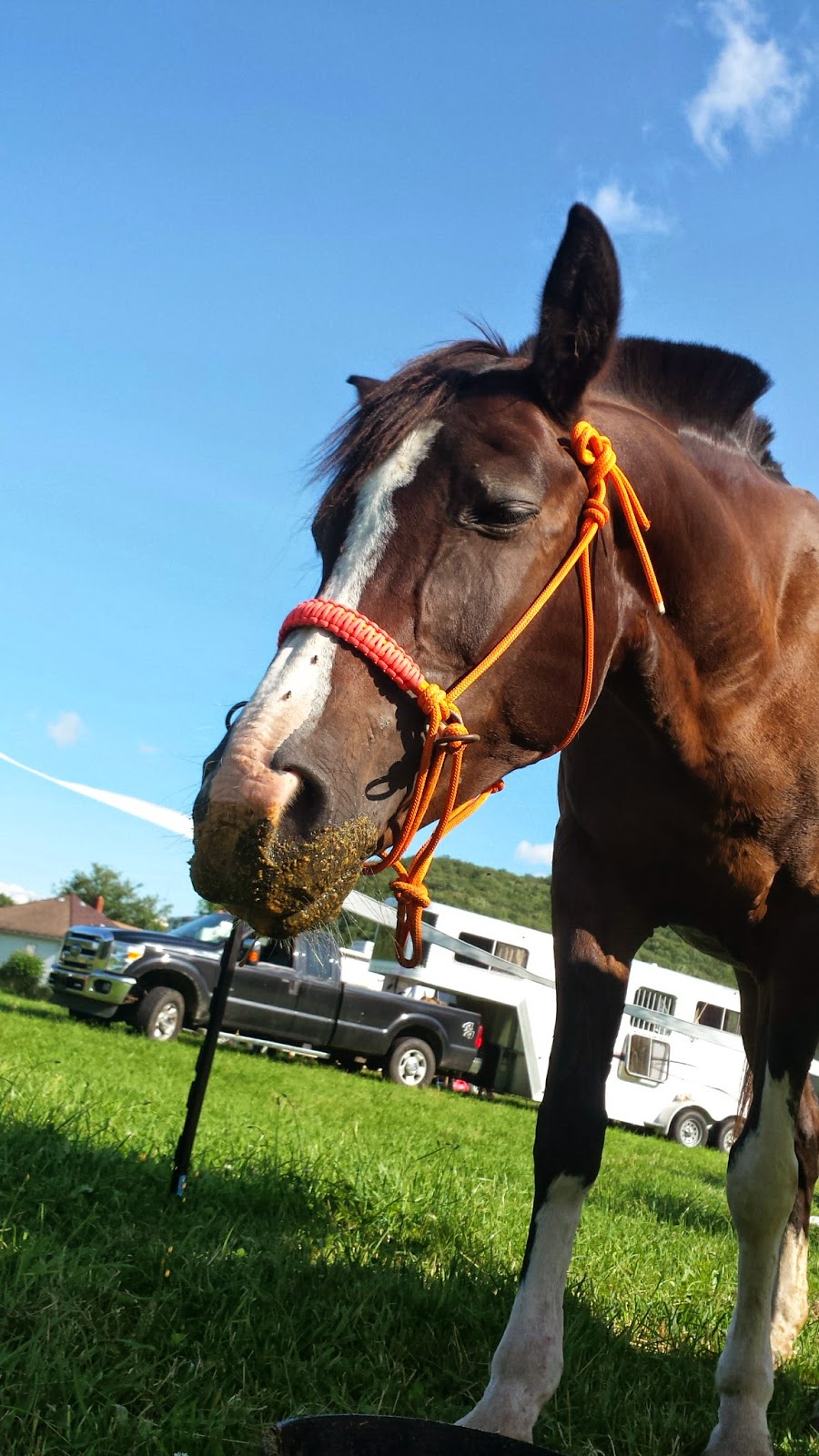 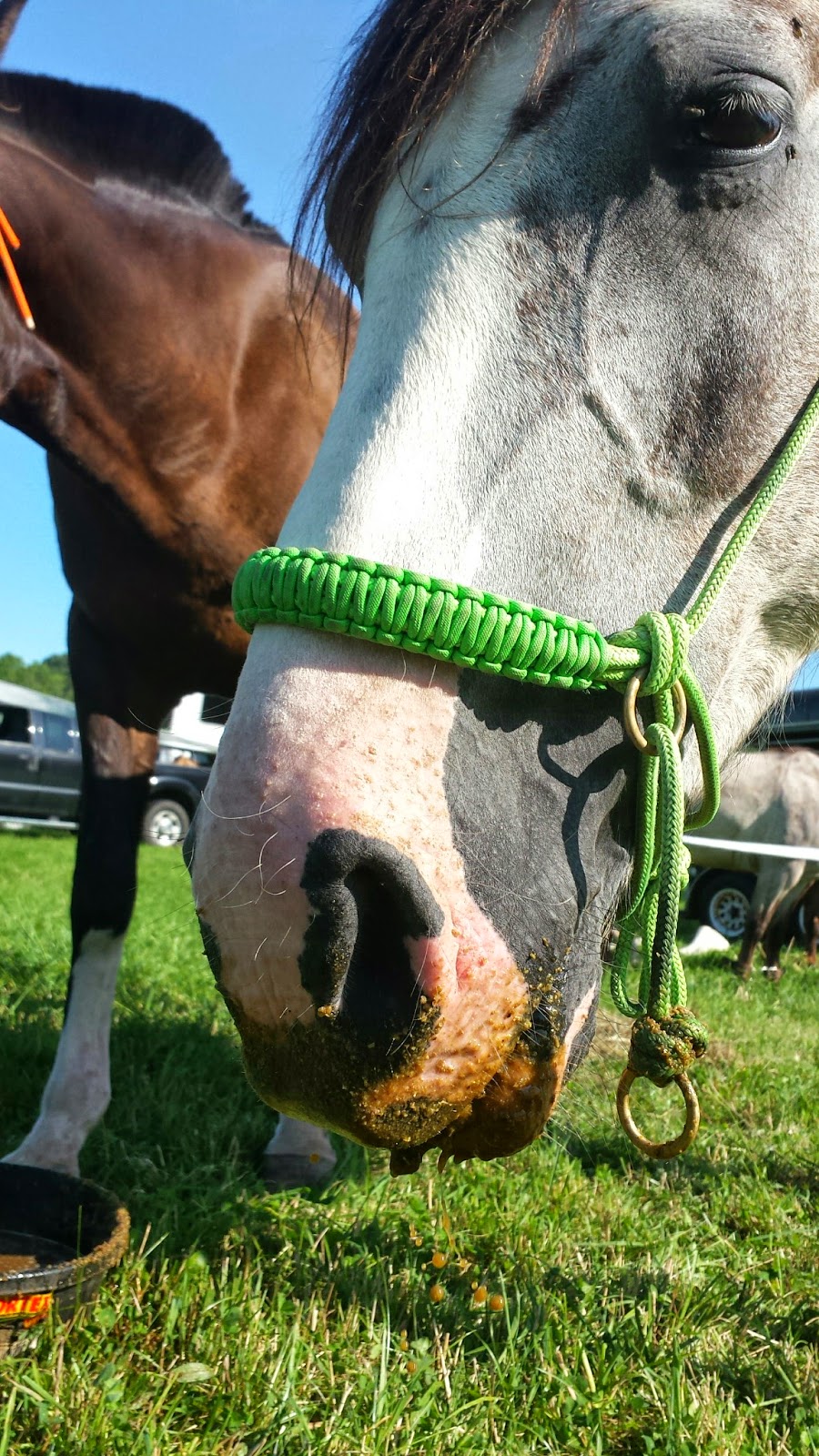 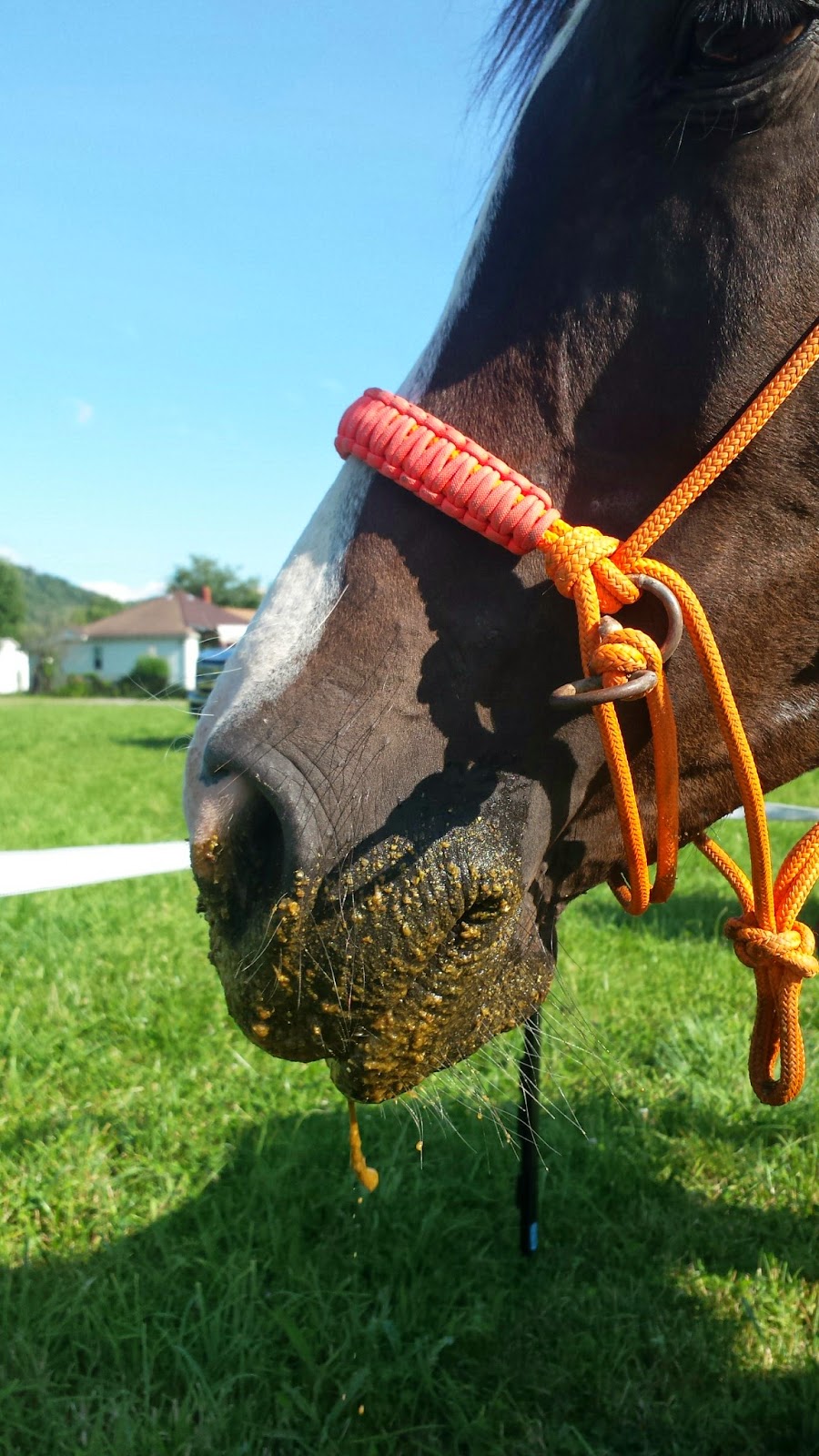 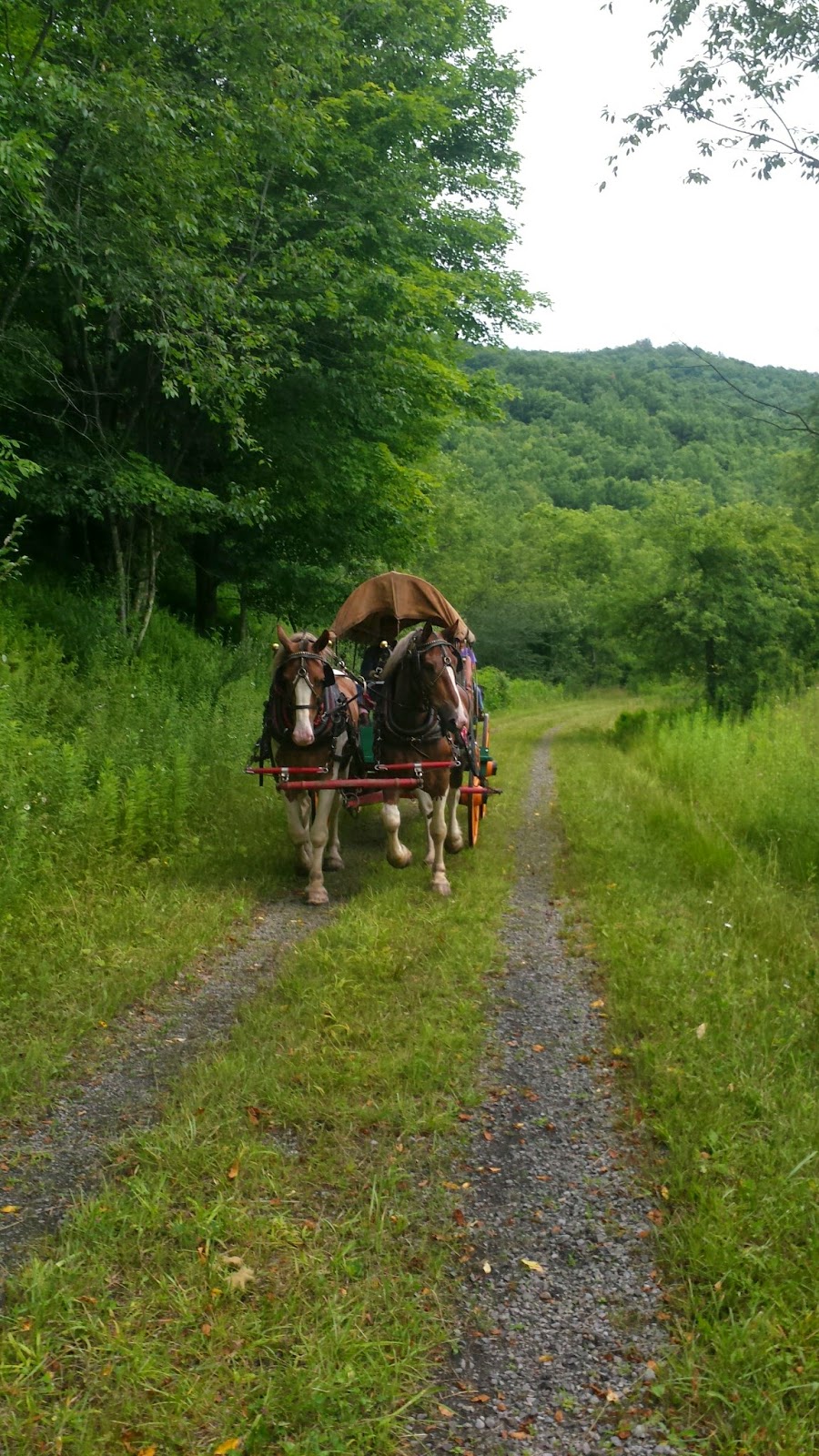 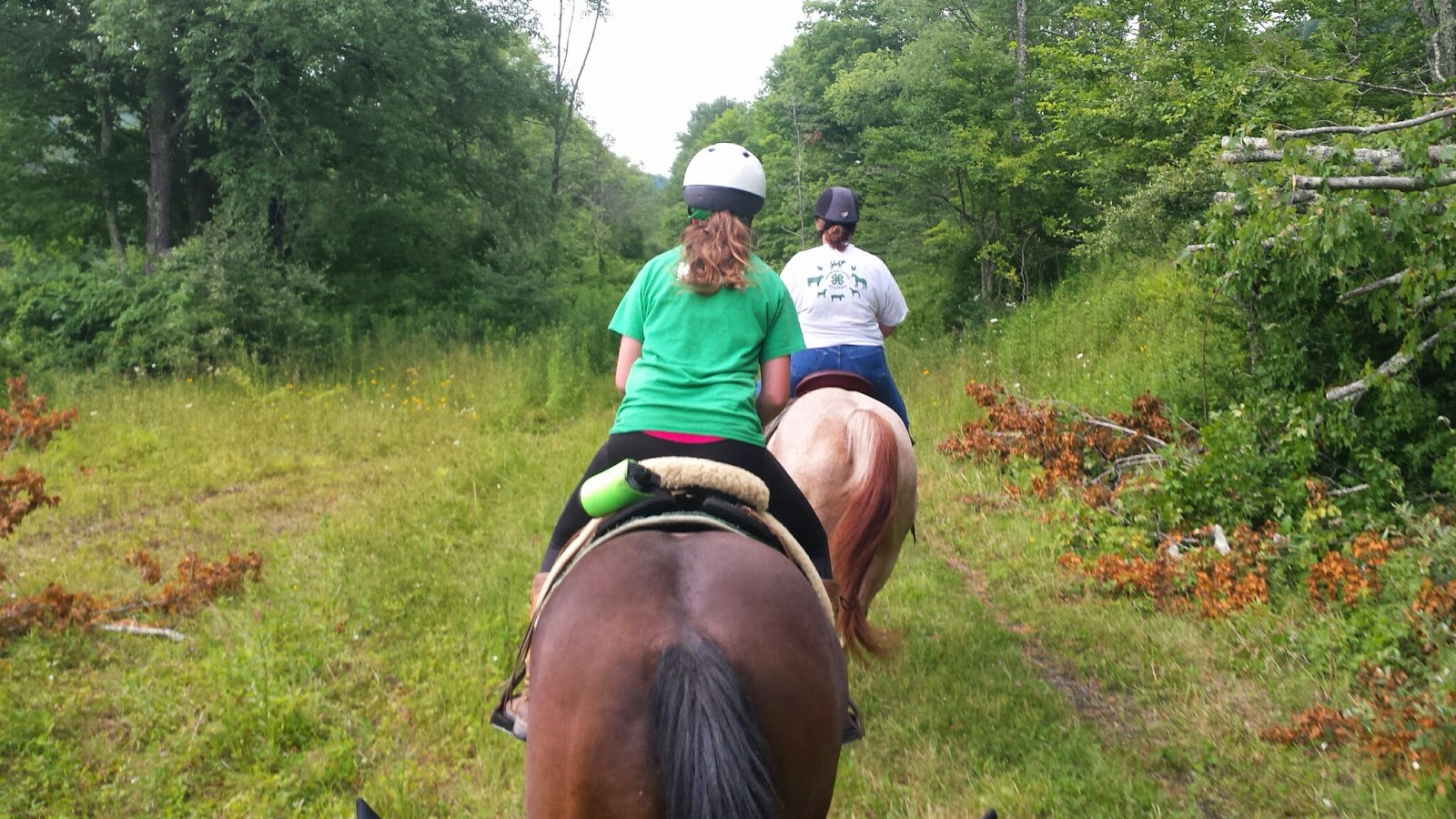 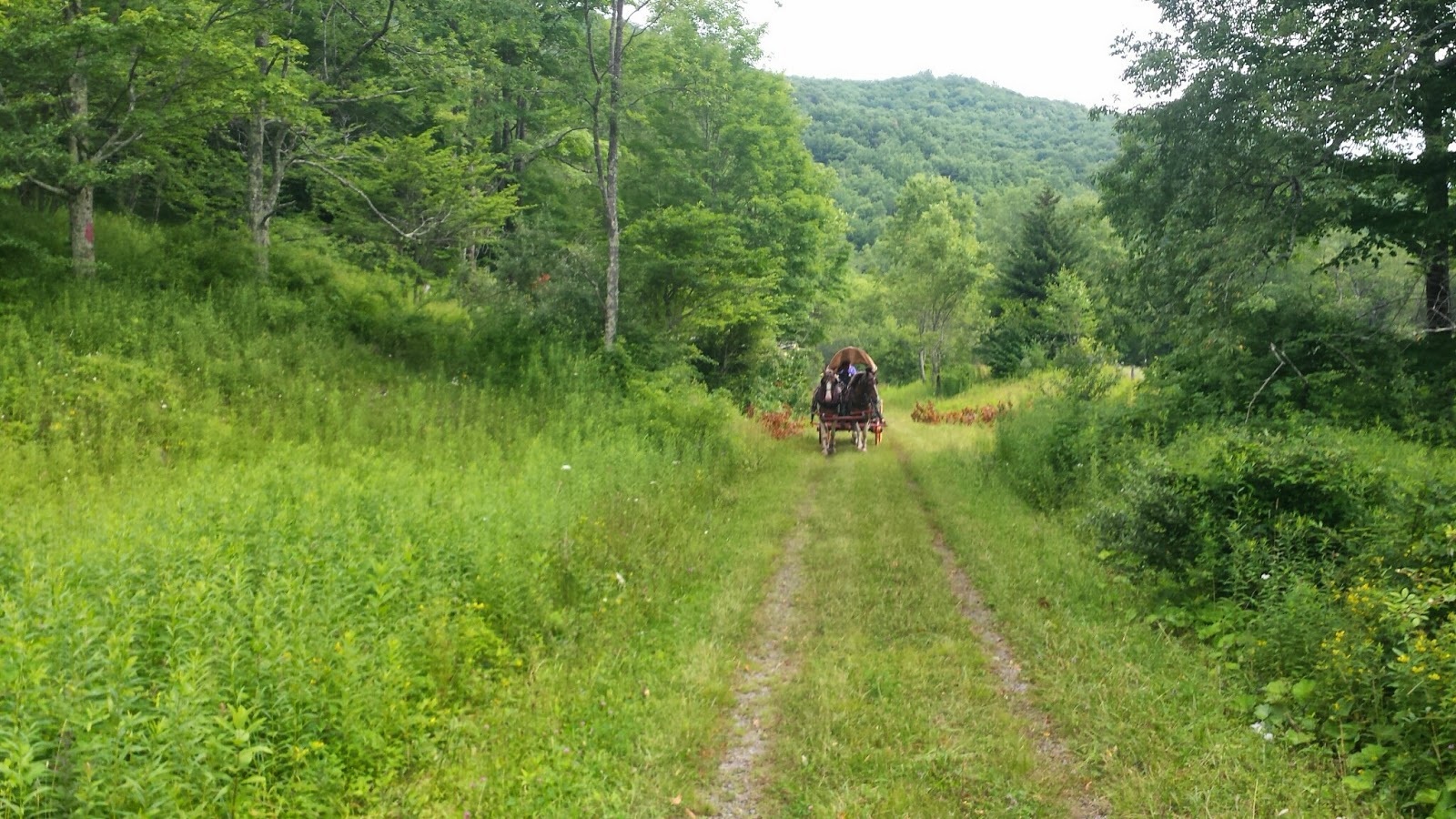 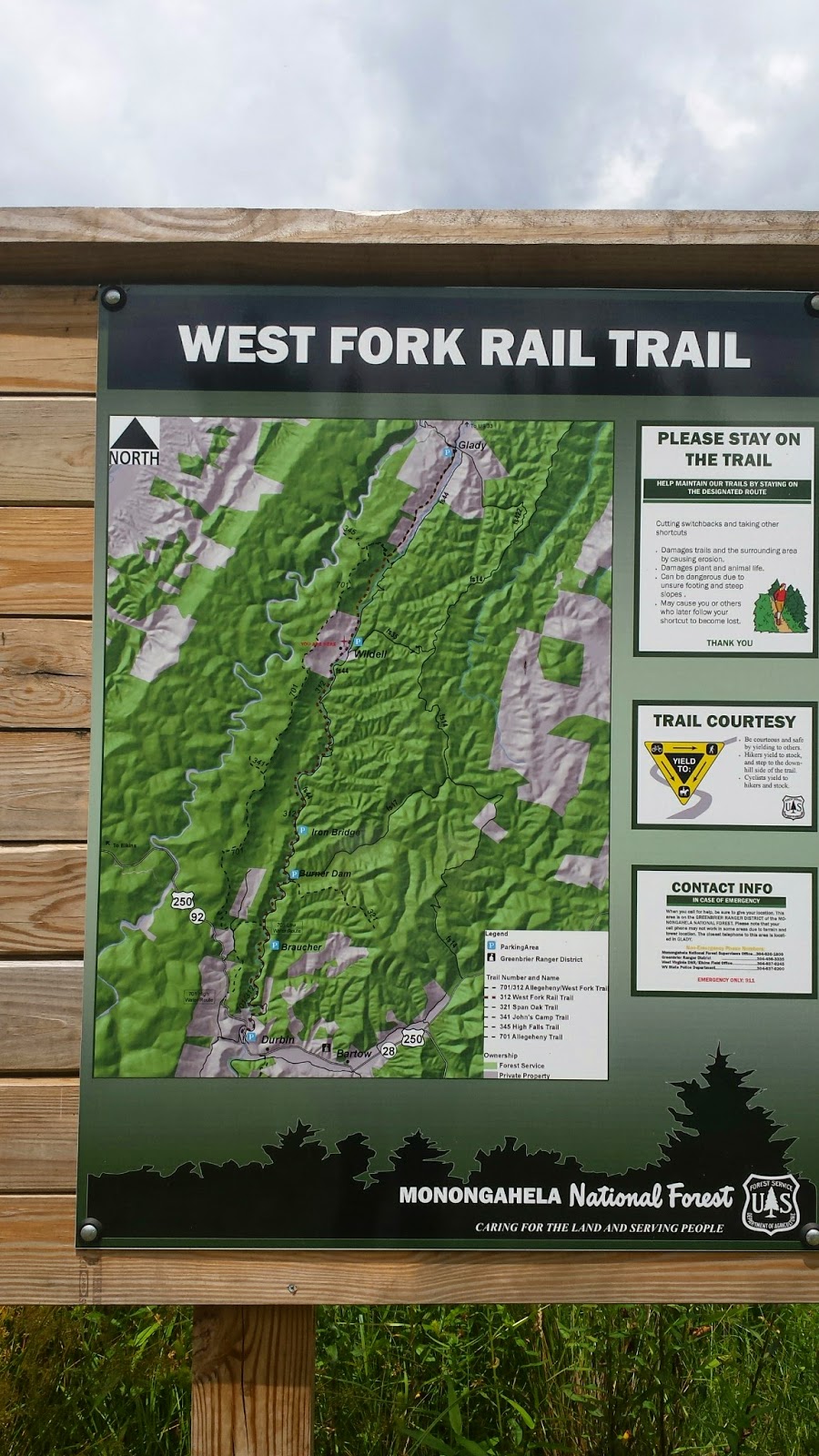 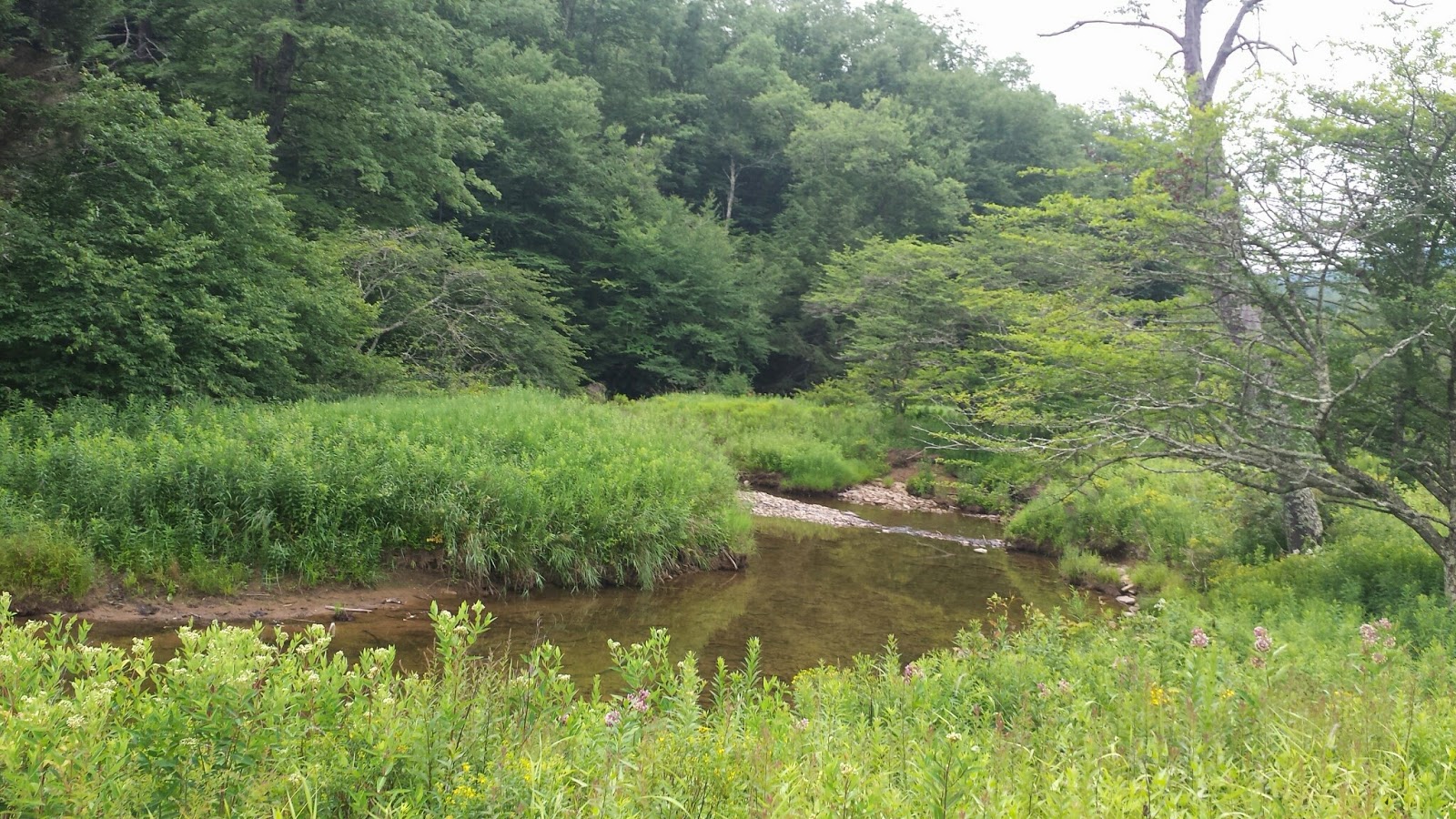