And frankly, I'm not mad about it. I am a firm believer in finding a way to enjoy snow because you cannot control it. Especially if you're someone who lives in an area that regularly sees snowy winter weather. (TX folks, your recent situation does not apply. Complain away.) But for northerners, snow in winter isn't a surprise. You can't change it. If it's such a hard thing for you to deal with, live elsewhere. Being miserable about snow doesn't remove the snow. You have the same amount of snow + a poor attitude. Very little peeves me more than people who live in a routinely snowy area in the winter bitching constantly about snowy weather. /rant

This was one of - if not the - coolest things I did this winter. I'm going to let the photos do the talking, but I'll include the caption from my previous social media posts about it here:

This past weekend, a last minute plan resulted in a truly incredible winter adventure in the WV highlands. With the aid of a few snow machines, a small group of very passionate winter-loving friends headed into one of the most beautiful and remote areas of the state to enjoy a backcountry ski adventure akin to what one may find in the western half of the country. Perma-grins bedecked all of our faces as we hauled in, skinned up, and skied down cornices and drainage chutes where the snow was deepest. While the snow conditions weren't quite perfect, the day's adventure certainly was.⁣⁣
⁣⁣
For me - a born-and-raised WVian who is also a conservation biologist - the experience was made all the more special knowing that the very topography that made skiing so fun was also the birthplace of multiple eastern rivers (east fork of the Greenbrier River and Gandy Creek). Below the headwaters of these rivers lies Blister Swamp, a high elevation swamp that contains multiple species of globally rare plants. Why do these plants call this area home? Because this one of the last remaining balsam fir-red spruce circumneutral wetlands (neutral pH) in the unglaciated areas of eastern North America. In other words, this habitat is highly specialized and very rare.⁣⁣
⁣⁣
This stunning property has been owned and managed by my friend's family since 1867 when their ancestor, a Civil War veteran, John McClure bought it. He cleared the land of its native balsam fir woodland in 1905 to make the property more friendly for cattle grazing. McClure would go on to be known as the Cattle King of West Virginia for the quality of livestock he was able to raise on the property. ⁣⁣
Unsurprisingly, the timbering and livestock grazing took a toll on the unique habitat. So in the 1990s, the property owners consulted with botanists and sought out help from conservation agencies to protect the swamp. This partnership resulted in the protection of nearly 50 acres of swamp (still leaving ample terrain for livestock grazing) and the replanting of hundreds of balsam fir seedlings. In the first image, you can see McClure's great-great nephew overlooking Blister Swamp adorned in her winter glory.

With the snow buildup, riding wasn't at the forefront of my mind this month. The deep snow coupled with some variable ice/rain events made snow travel pretty tough for the horses. They'd sink down, find the "end" of the depth only to sink down more (and sometimes even more). I made it out on horseback a whopping 5 times this month due to this. 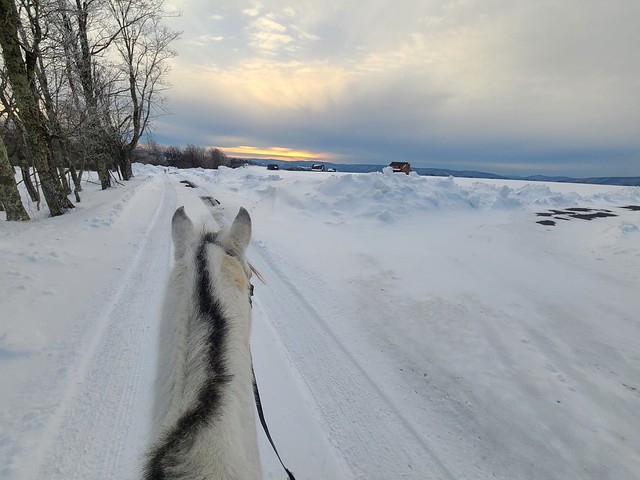 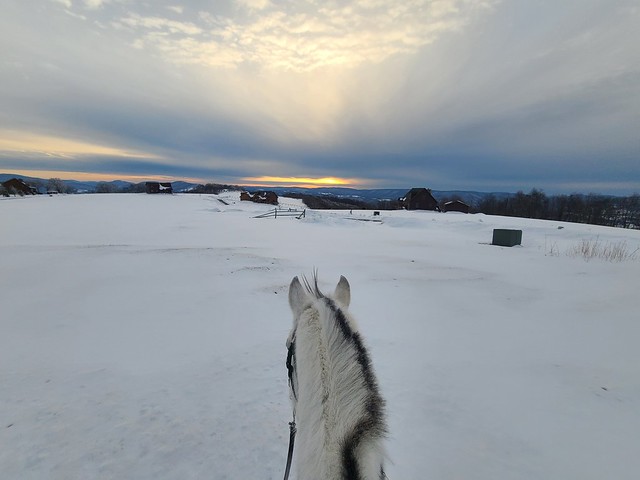 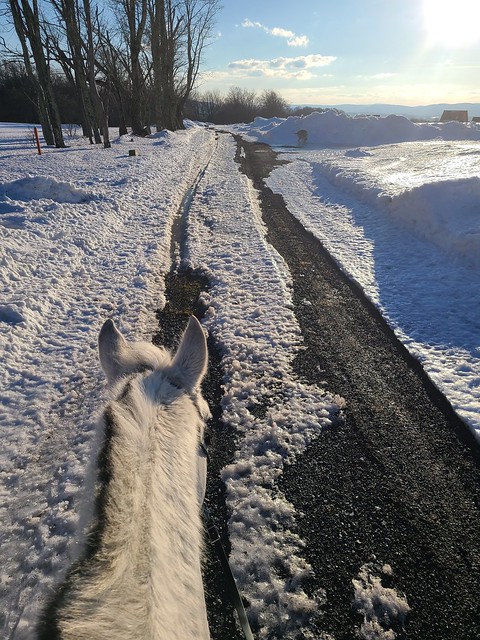 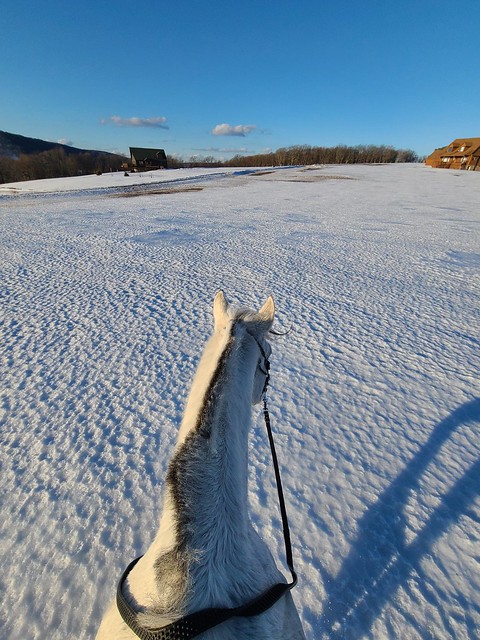 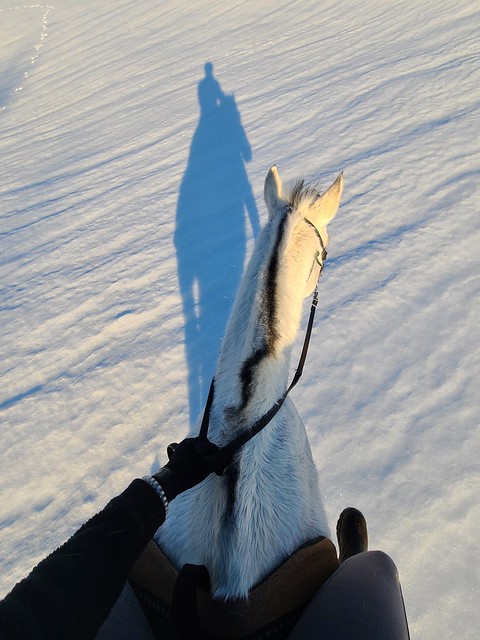 Life in a rural area during the pandemic looks a bit different than it may in urban areas; living in the middle of nowhere does have its perks! Errands obviously look different and are more carefully thought out than they once were, but beyond that the biggest difference in my life over the past year has been being more thoughtful about who I interact with and how. Often, [almost always] we're outside. And when we opt to be inside with people, it's either with folks we've been quaran-teaming with this whole time or with folks who have very low-risk, socially distant lifestyles.
In February we had three small gatherings at my house that involved people from the above two groups. Early in the month, my brother treated Willa, Kate, Dave, and I to a WV-game dinner of mallard and Canada goose he harvested that week, plus some venison from this past hunting season. It was all delicious. We ate too much. We laughed even more. 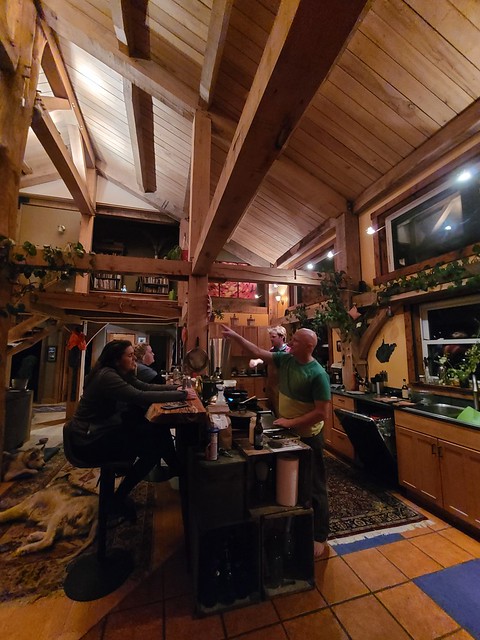 The other two gatherings were to celebrate my birthday. On the day of my birthday, Kate + two of our other farmer friends in the Valley came over for a dinner celebration. On the menu was a hearty salad, salumi (charcuterie), and spaghetti two ways - with clam/garlic linguini and with Dave's homemade from scratch red sauce + meatballs. For dessert we had a Texas sheet cake my mom had made and passed off to me the day prior. Once again, we ate too much and laughed a ton. It was a different birthday celebration, but it was fantastic.
Finally, on the weekend immediately following my birthday, Austen and Jenny visited. There was XC skiing, snowshoeing, horseback riding, and sledding. Oh, and six huskies. With the exception of the sledding - we were able to enjoy all of the fun activities without leaving my mountain! I love having that option and am so grateful for it. For sledding, we headed a short drive away to one of the state parks to enjoy a 1,200' sled run with lift service to the top. It. Was. A. Blast. Oh my goodness. I was absolutely hoarse from laughing so much. We had entirely too much fun and I loved every second of it.
Posted by Liz Stout at 3:30 PM