My BO and another mutual friend and I all headed 2 hours south to get her from the cowboy. He was gone at the auction he'd originally planned to take her to, so we were on our own fetching her from the mare's field.

I'd planned to take her on a short trail ride before we trailered her home, you know, get out some energy and stuff. 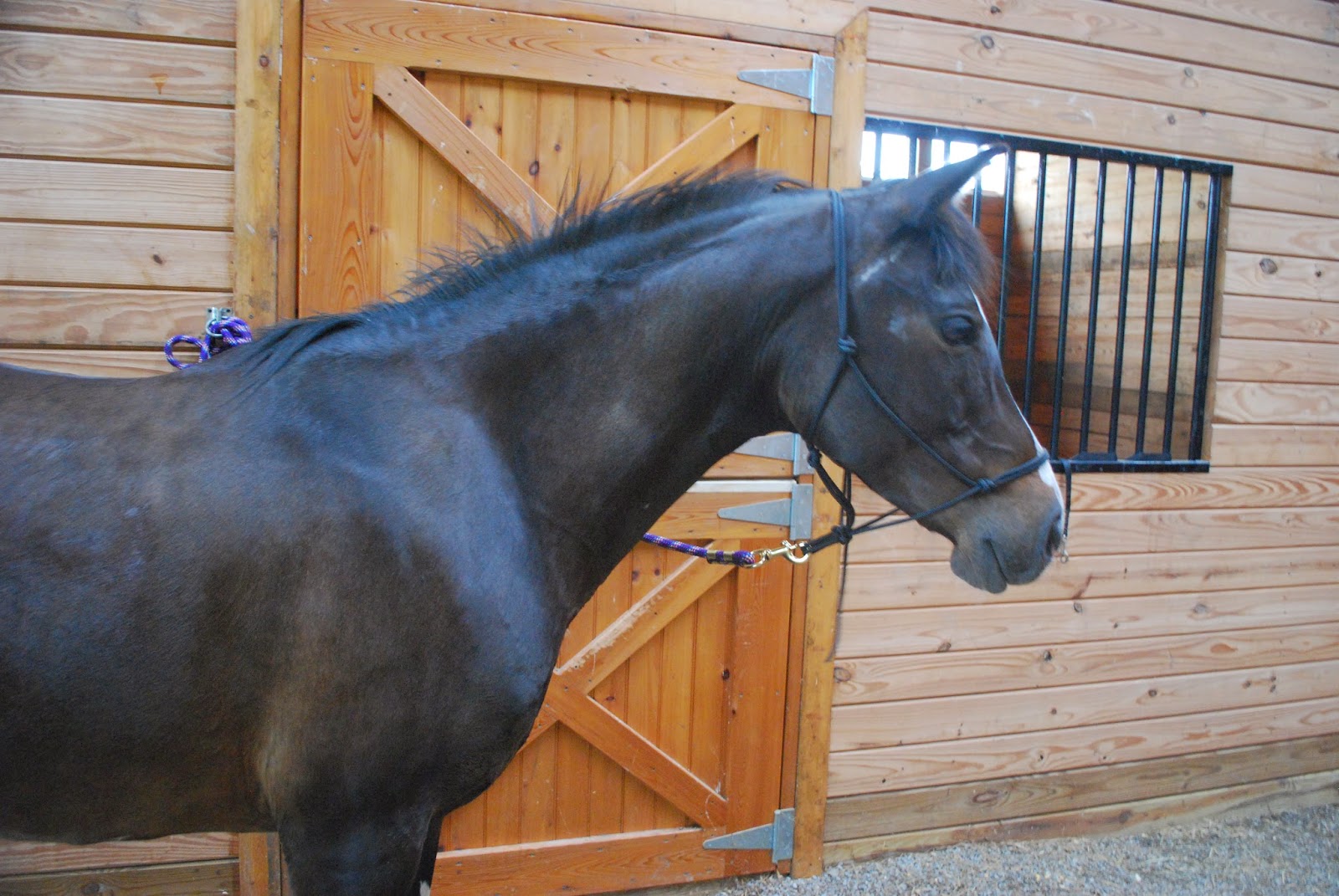 I brought her to his barn and tacked her up under one of the ~10' horizontal beams that made up the perimeter of the cowboy's barn. It was a very unusual architecture for a barn - very open with no external wall around the whole facility. Pseudo-barn/pavilion area that encompassed a few stalls, a round pen, and seating above the round pen wall. Instead of cross ties, he had ropes from higher beams that dropped down. When mounted, the lowest beam that made up the structure's perimeter walls was right about clavicle height for someone mounted on a 14.1hh horse.

I mounted Q, talking to my BO and the other lady as I did. They cautioned that I should be careful Q didn't run under that beam--- She took off before I had my right foot in the stirrup. Shot right under the beam which I held onto with both hands as she went. She ran right out from under me and I swung, holding the beam for a moment before dropping lightly onto my feet on the ground.

Q tore off through an open field at break-neck speed back toward the mare's field. My BO and friend stared at me in disbelief then complimented me for being forward thinking and agile.

I stalked through the field after Q, brought her back to the barn, and rode her in the round pen for a few minutes before deciding that was enough for today.

I untacked her and we loaded her into the trailer with minimal issue (wish she'd still do that!) and headed home.

The 2 hour haul was uneventful, as was Q's introduction to the herd when we arrived at the barn. A few bitchy mare faces, some half-assed stomping and striking with her fore hooves, and then she trotted off from everyone, giving them her snake face when they got too near. My BO would later report that that was all the more she ever did toward the horses. They respected her for it and that was that. She didn't seek to be boss mare over the current mare in the field, she just simply dictated to the other horses that they were to leave her the eff alone unless otherwise invited.

And after that, its history! From day one, her story is chronicled here on the blog under the "Q" label.

She's my challenge horse on all counts, but I still enjoy her greatly despite all of the recent nonsense she's put me through (including my still bruised ribs and still busted toe/foot).