The return of sunshine

Yesterday I just beebopped around my yard snapping pictures of the icicles and sunshine (only after creating some make-shift booties for Kenai to torment him bahaha).  I wanted to get out and take Kenai to the Bickle's tower overlook but unplowed Forest Service roads thwarted me.  So we came home and I had him pull 40lbs of coal on a sled for a quarter mile.  He was cranky at first but really took off with it.  Now, I only wish he'd be as energetic pulling me. 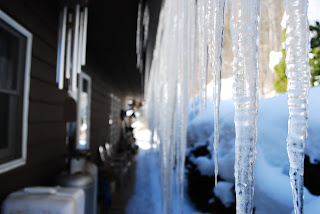 After my brawl with Fed Ex I ran a couple errands and then went out to a local state park to exercise the pup.  The Cheat River runs along the edge of the park and is a big attraction for tourons in the warmer months.  I was the ONLY person there today.  Hiked a couple miles.  Kenai loved having so far to run. 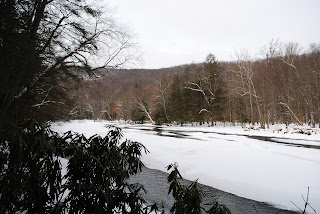 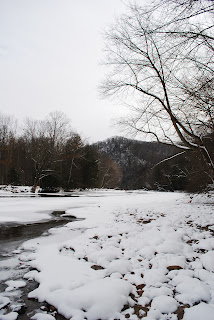