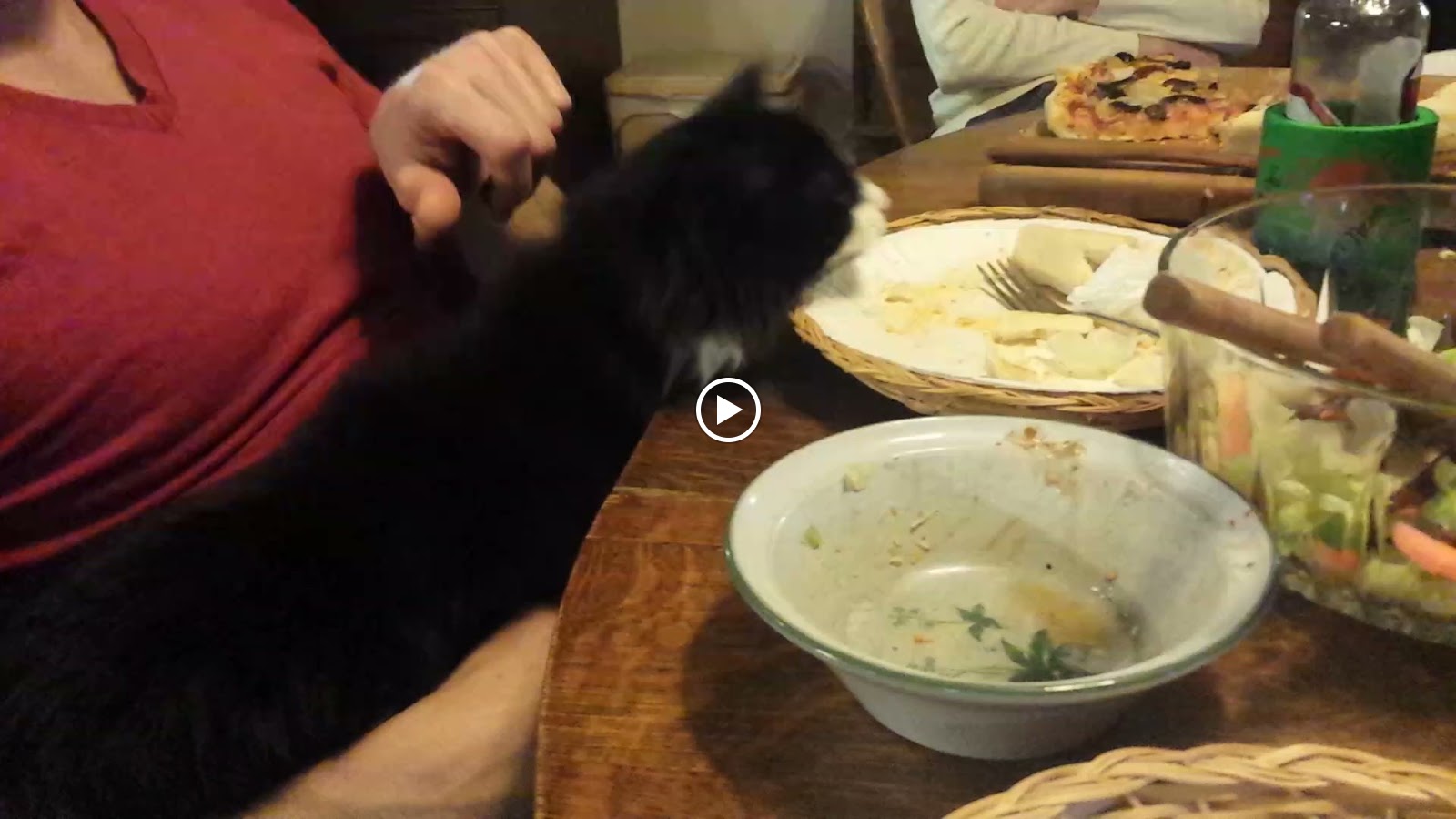 Brief backstory: Atticus was in Mike's lap after dinner. He kept trying to eat crumbs off Mike's plate. Each time he did it, Mike would do what he did in the video above. The video was filmed around the dozenth time. Atticus just.didn't.get.it. We were all losing it laughing.
Posted by Liz Stout at 10:00 AM