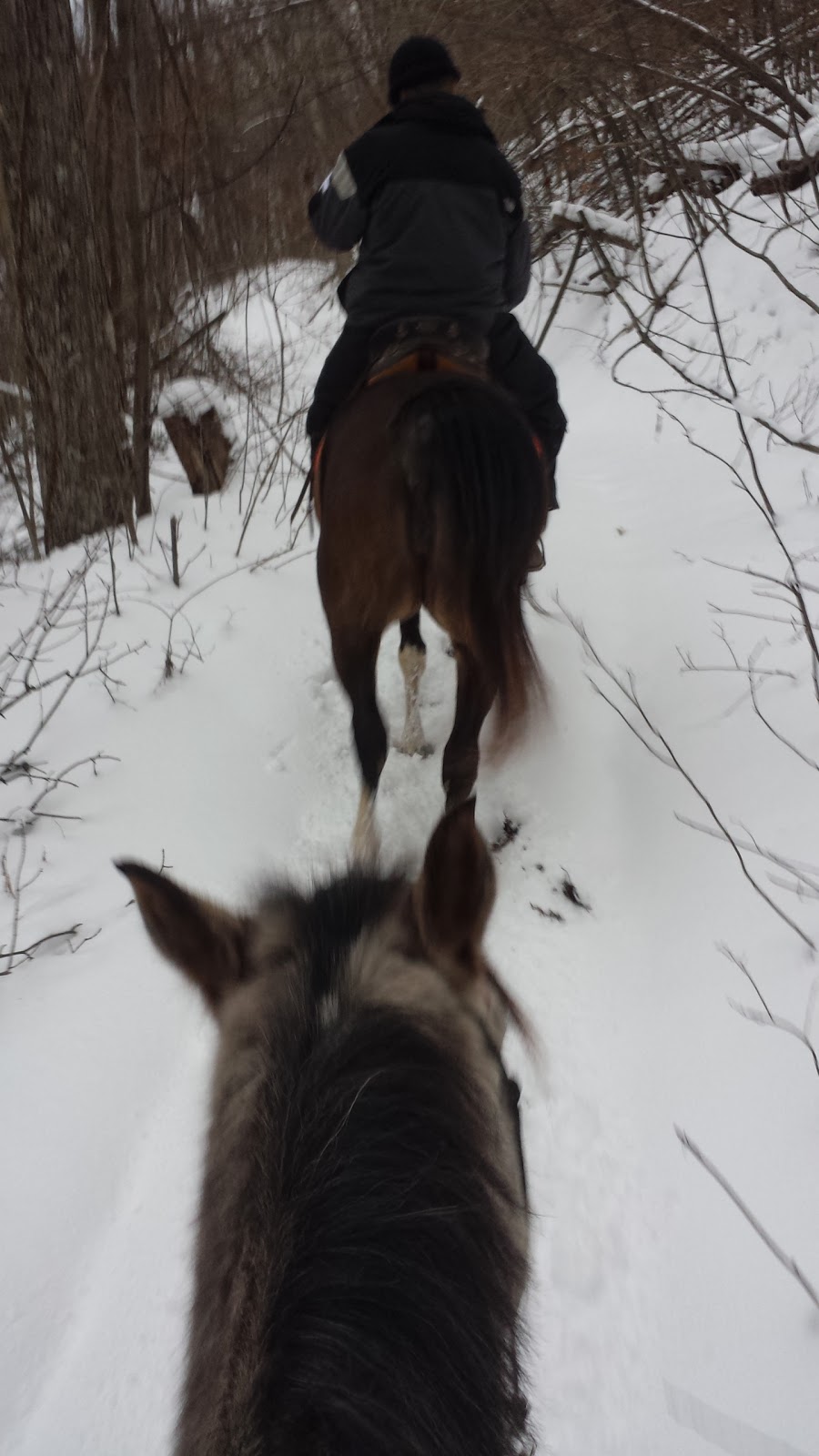 Mike and I did a short 2-mile jaunt that was mostly walk yesterday afternoon.

Griffin. Was. A. Superstar.

He led the whole first half of the ride like a champ. Forward walk. Alert ears. Eager to be out, but 110% respectable about his excitement. He just snorted and blew air, but there was zero tenseness in his body.

The depth of the snow hit him about mid-cannon bone. No problems for the little guy!

We even did the short, steep stretch of hill I usually avoid because it is exceptionally tricky footing. Griffin had zero issues! He actually faired better than Q did on it -  much more precise and deliberate with his footfalls. This from a horse who in the past has fallen down from tripping over trot poles as we WALKED over them (after a lengthy session where he'd been w/t/c on the lunge over them...) last summer! I was so impressed.

By and large though, the best part about the 2-mile jaunt through the woods was his willingness to trust and listen to me through tricky, sticky places.


When we turned to come home, Q led until we'd reached the main property. Griffin was happy to follow along for a bit. He was much more gentlemanly about things for once, making very few attempts to playfully nip at Q to incite play. This was really encouraging as the distinction between play time and riding time has been blurred for him. His play-tactics under saddle aren't aggressive or over-strong, so I've never really noted them or been greatly concerned. It is nice, however, to observe him moving beyond this.

We trotted and cantered up the big hill as we returned. Griffin led the way down it, not jigging at all after the short speed session we had. Q always jigs. And after we crossed the creek there is another very short hill that I always canter Q up (about 4-5 strides of canter and you're at the top); I asked Griffin to canter it this time. He executed the hill with a very nice, balanced canter, slowing appropriately at the top to walk the remaining 100 yards to the barn. GOOD BOY.

I am so happy with this little guy. SO happy.