We got snow. And then some more. And then some more. And even more is expected. It's bottomless. It's awesome. And despite below zero temps and windchills, the skiing is the best it has been all year. I've been front country, side country, and back country, alpine and nordic, heavy and light gear over the last few days. My front yard currently has a 3½ foot drift in it that promises to reach 4 feet if things continue!

My Thursday and Friday went just about exactly as I'd described them in my last post. Saturday night it hammered down the snow in a wicked way starting about 4p. It put down 6" in 3 hours time, the winds whipped, and chaos reigned. I was pretty happy to not have to drive 35 miles over five mountains to get back home! Temperatures plummeted to well below zero, the "real feel" dropping below -40°F due to wicked winds. Yet despite it all, the sun was shining Sunday.

So, because I'm crazy - a fact that shouldn't be lost on long-time readers - I skied in the bitter cold. Front country and side country at one of the mountains I work at for a few hours, and then we spurred off through the woods into some backcountry.

It. Was. Fabulous. I finally got to ski Bald Knob as I've wanted to do for years - so totally worth it. But what was better? Bombing down through some backcountry with my downhill gear on trails 5' to 25' in width - the widest of which didn't occur until the very end and only for a couple hundred yards. Zipping through the woods, dropping knees and flying past surprised nordic skiers on light gear was stellar!

At the bottom, a perma-grin adorned my face. The ski didn't cease at the bottom of just any hill, oh no. It ceased at Whitegrass - a nordic ski phenomena of the east. Through the doors of the barn-esque building, you'll find not only a rental and gear shop, but some of the greatest food around. And beer. I indulged on some good brews and food before scoring a quasi-hitchhiked ride back to my car with one of the owner's sons. What. A. Day. 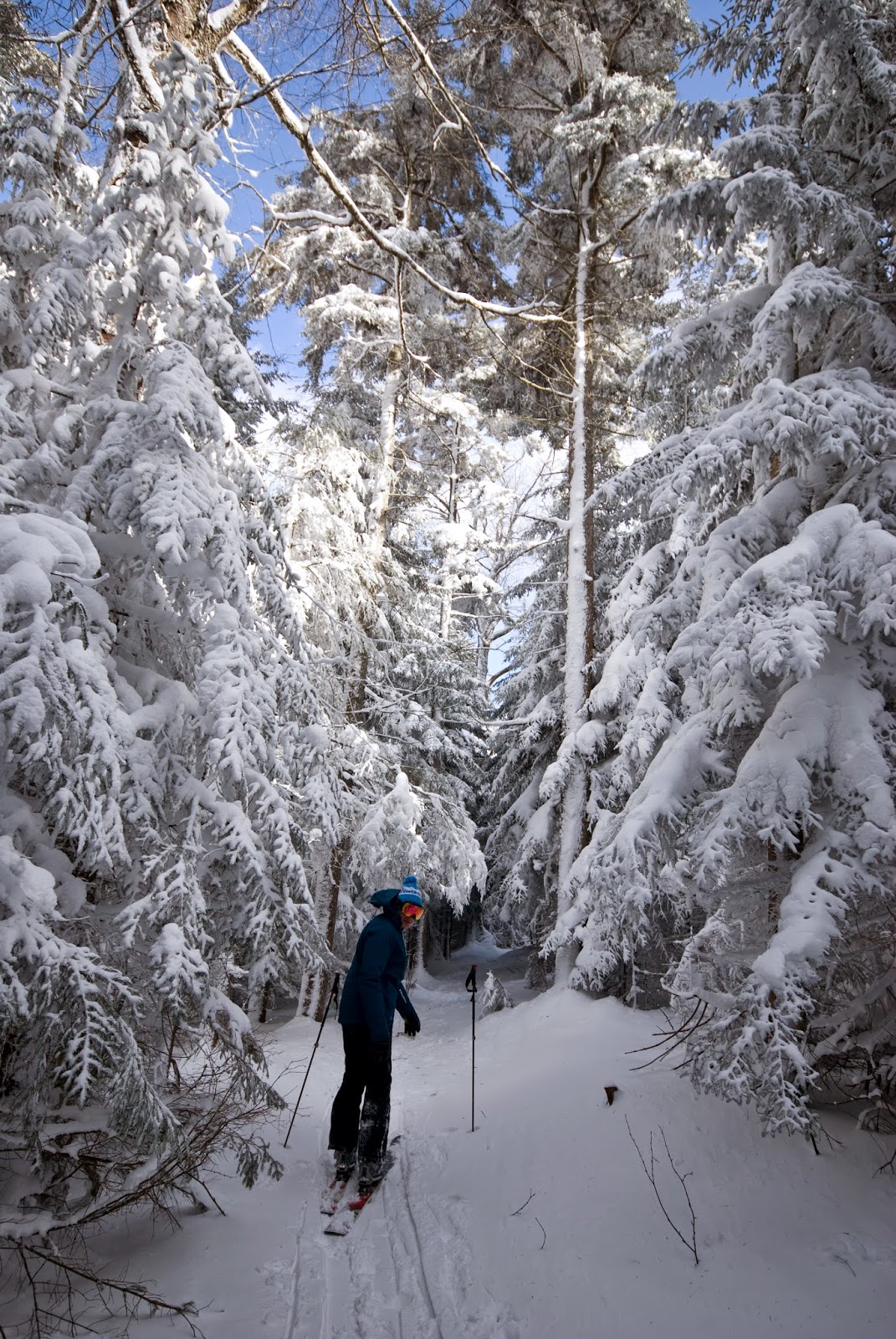 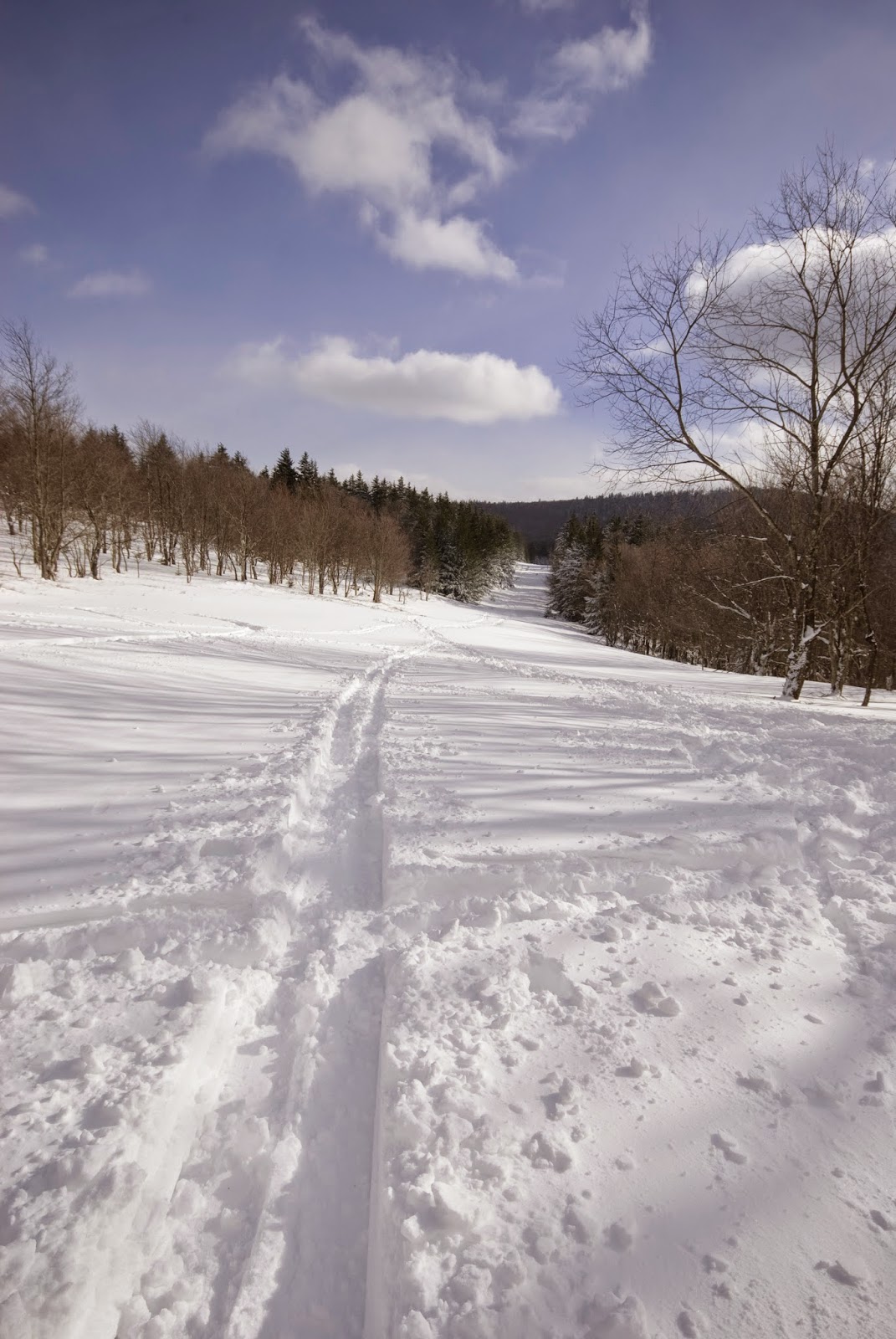 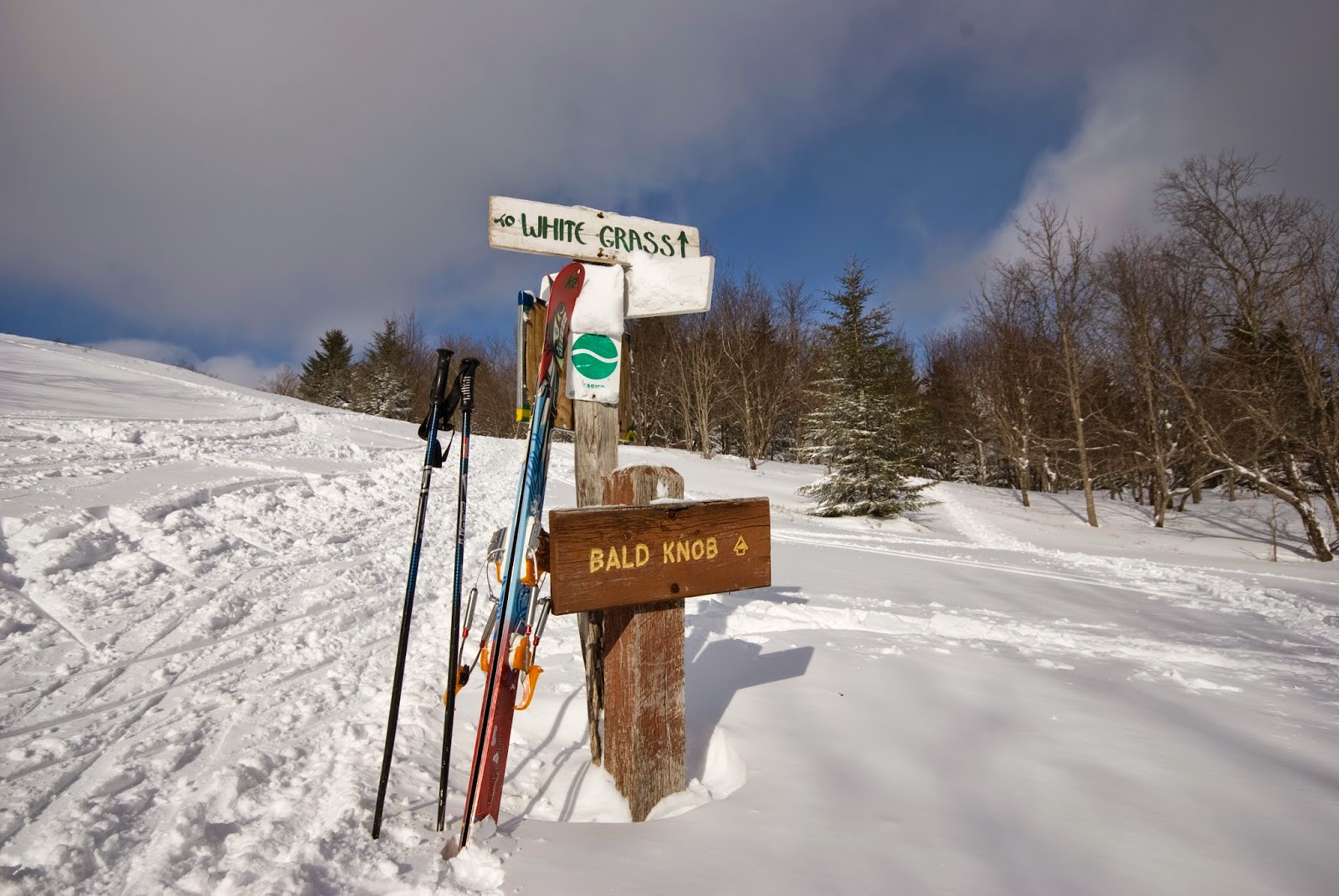 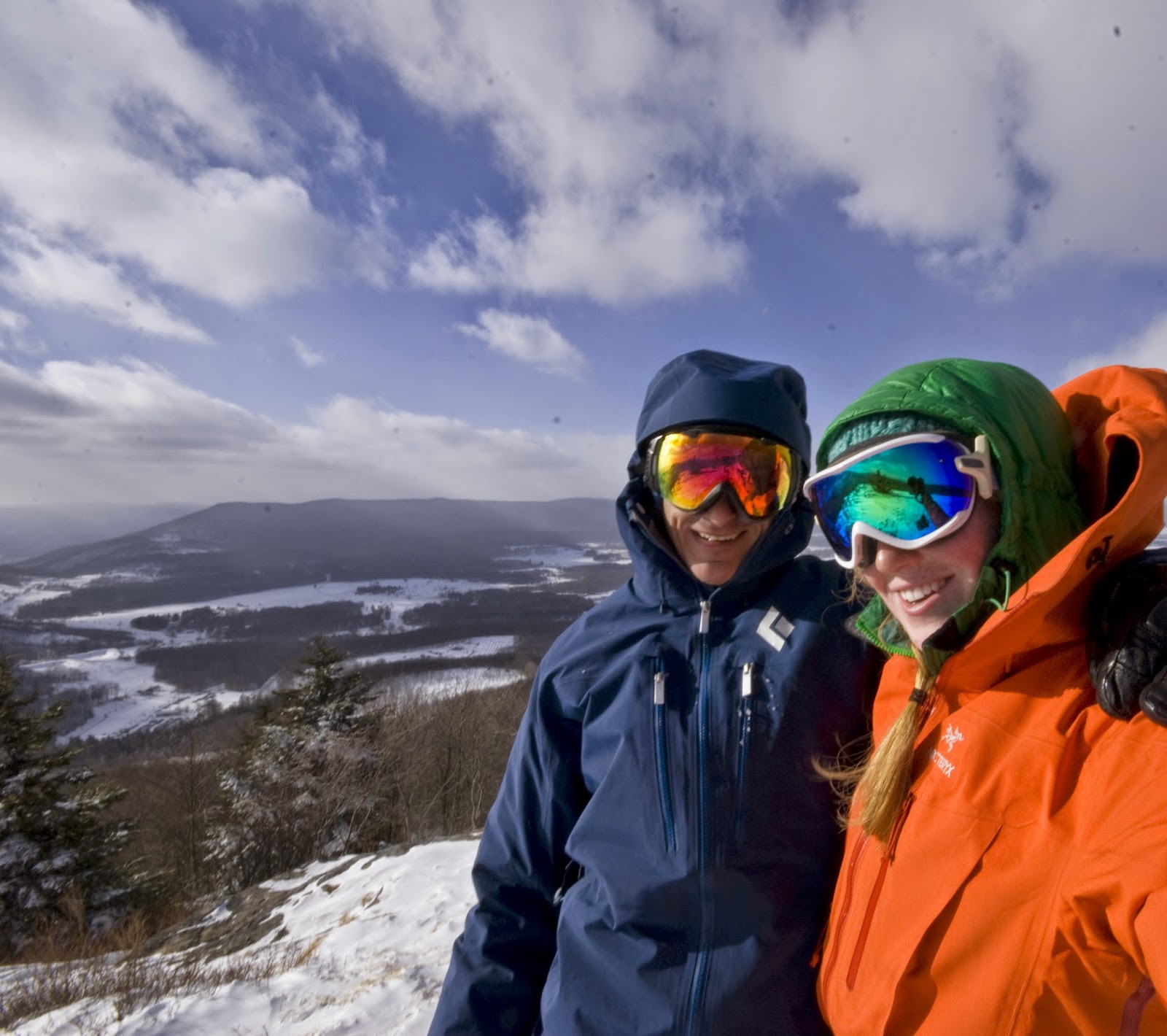 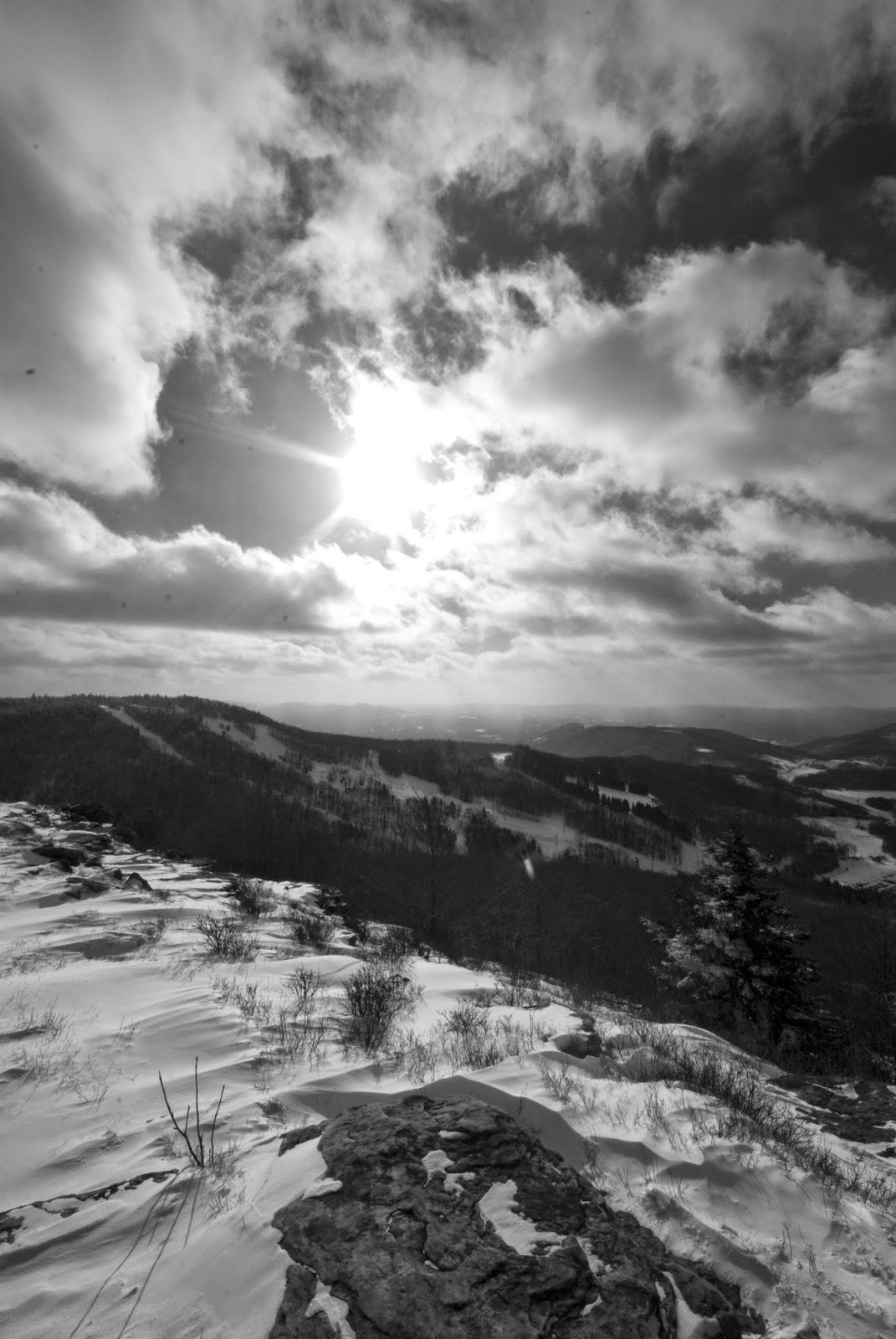 And for inquiring minds, the horses are well; they're happily enjoying their time off during this arctic front of chaos. My time is so focused toward skiing, but it is okay - working the horses in such bitter cold isn't ideal. I am so very hesitant to provide an opportunity for them to get over-worked and sweaty right now due to the extreme winds and temperatures. It was -40°F and below the other night with the winds; whiteout blizzard conditions. Despite being inside the barn, those temps are nothing to bat an eye at! I will ride when I can, but the season dictates skiing right now, so I'm gonna get it while it's good!
Posted by Liz Stout at 3:42 PM