Disclaimer: This post is sponsored by Two Horse Tack I was compensated in the form of a free product, however all opinions expressed are entirely my own.

I am really impressed with the quality, the fit, the construction, and the overall appearance of Two Horse Tack's halter-bridle. I highly recommend it to any horse person out there, especially endurance folks. Additionally, I can say with certainty that Two Horse Tack has permanently swayed my business to them for my future beta biothane tack needs. Stellar product.

Jacke from Two Horse Tack (and also known within the blogging and endurance world as Endurance Granny) reached out to me recently to see if I would be interested in reviewing a product for Two Horse Tack. I've known about this company for some time, but until recently, I haven't needed any new items, so I'd put off trying out Two Horse Tack. Life with horses on a budget, ain't it grand?

However, Jacke's message to me was rather timely. With Stan's re-entry to my life and Q's slow reintroduction to work, I'd been hemming and hawing about getting Q a new halter bridle. See, Stan is the original wearer of orange tack. In fact, when he came home with me he wore his very faded orange halter and lead rope he's had since he was a 4 year old. It was only fitting that the orange halter-bridle Q used to wear would become his. I've wanted to put the mare in hot pink for about a year now because it is so striking on her dark coat, but just couldn't justify purchasing more tack without a use for the orange! Stan resolved that quandary and Two Horse Tack jumped in to introduce a new line of beta biothane halter-bridles to my tack locker. 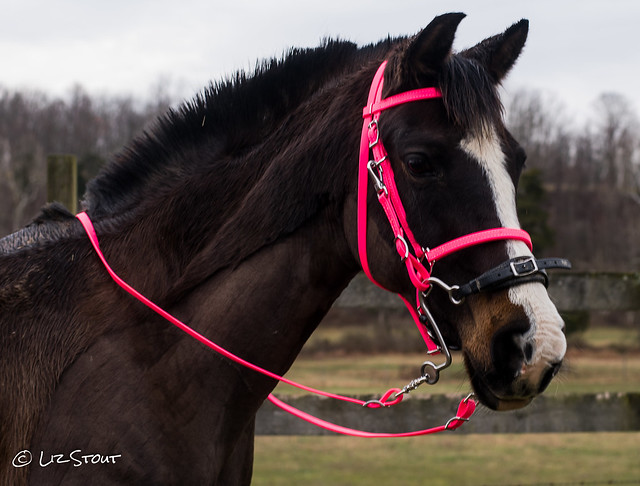 As I noted above, the product I chose to review was Two Horse Tack's solid colored halter-bridle. As also noted above, I chose an obnoxiously bright pink color to deck Q out in. And, as you can see from the photos, it looks stunning on Q and stands out beautifully against her dark coat (which is at its peak sun-bleached state from a long, too-sunny winter).

I'd heard rumors around the internet about sizing complications with Two Horse Tack products in the past, so when Jacke inquired about what size Q would be, I volleyed the question right back to her with, "Well, what do you think?" Jacke noted what size her mare wore for me to compare with Q and we jointly decided that Arab would probably be the best bet. (Q is half Arabian, so this should have been a no-brainer for me, but I've always ordered her horse-size in past after a fluke sizing issue with an off-brand halter from a company I don't recall and haven't heard of again.)

Shipping from Two Horse Tack to me was lightning fast. So fast, in fact, that when I asked Jacke about a tracking code to make sure I could be on alert for it's arrival, she noted that USPS' site was glitchy and wouldn't give her the code but she'd venture to guess that I'd have it before the website would be resolved. She was right and I had the product in my hands early the next morning! 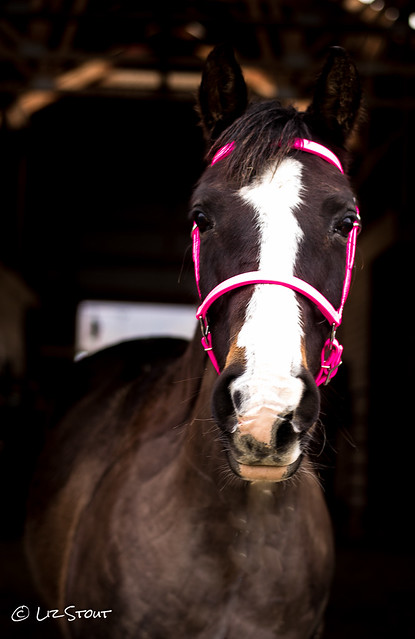 I rushed to the barn to try it on Q immediately. It fit her little head almost perfectly straight out of the box. I moved it to an extra hole here and there, but nothing significant. It definitely fits better than her orange halter-bridle, however I did order that in horse size and not Arab, so that's on me.

Construction and stitching of the halter is more solid, in my opinion, than her former halter-bridle also. The stitching throughout is solid and very well done. 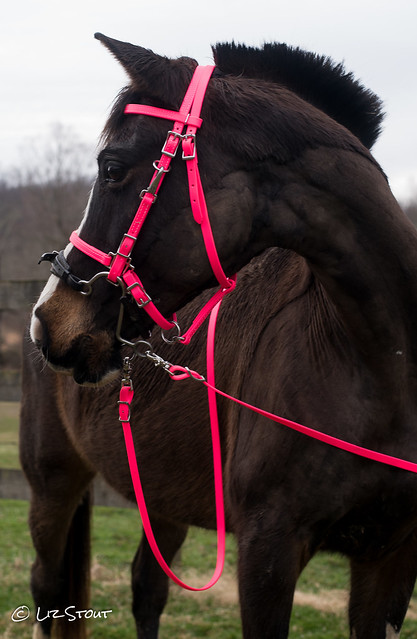 The clips to attach the bit hanger to the halter-bridle are a bit bigger than I was accustomed to from her past halter-bridle, however from a form and function standpoint, I like the bigger clips a lot more. They're a lot simpler to clip on the go than the other design I was used to.

The only modification I had to make to the product was to add an extra hole to the bit hanger setup to to guarantee that Q's S-hack sit in the correct position on her delicate face. However, this was not a big deal though as I'm used to adding holes to various horse tack and my personal belts. In fact, a leather punch travels with me in the back of my car at all times and helped me make quick work of adding the extra hole to the bit hangers on the spot.

Overall impression: I am very pleased with the construction, the fit, and the overall appearance of this piece of tack.

The construction of the halter-bridle is solid - more so than on other products I've used in the past. I have faith that it will stand the test of just about anything I deign to put it through based on my experience with beta biothane materials.

The pink is obnoxiously bright and looks stunning contrasted against Q's dark coat. Additionally, the Arab size compliments her face better than any other tack I've had on her in the past. I give the product two enthusiastic thumbs up, five shining stars, and will definitely be purchasing a matching breastplate from Two Horse Tack in the near future!

Now, as I alluded to above, there are various similarities and differences between this halter-bridle and those from my past halter-bridle from The Distance Depot. As an endurance rider, I feel that this product review wouldn't be 100% complete without a bit of contrast and comparison between this product and one from a company that tends to be quite popular in the endurance world.

Spoiler alert: Two Horse Tack is now the apple of my eye and will receive my future business for my beta biothane horse tack needs!

Let me tell you why I found Two Horse Tack superior:


To conclude, when you compare Two Horse Tack's halter-bridle to that of the Distance Depot, there isn't a huge advantage between one or the other in construction or appearance. However, there is a difference in the cost, especially if you desire a solid color halter-bridle with no bling. And let's be honest, horses are an expensive money pit hobby, so saving some dollars wherever you can is key!

And for me? I find Two Horse Tack's halter-bridle to be better constructed (I like the stitching on the cheek pieces, the buckled throatlatch, and the larger bit hanger clips) and it is at a better cost for what I'm looking for. I can say with certainty that my future purchases of beta biothane tack will be from Two Horse Tack. 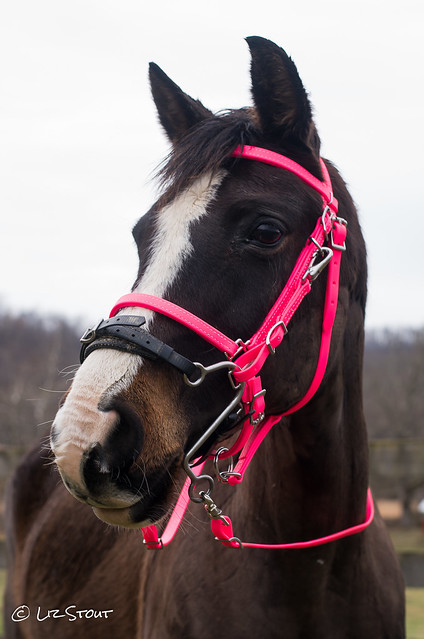 Thank you, Jacke and Two Horse Tack for giving me the opportunity to review one of your products. I'm really impressed and will be giving you more business in the future!
Posted by Liz Stout at 12:00 AM