Of Huskies, Horses, Photography, a Clinic, and Happiness

I had a whirlwind of a weekend in the DC area this past weekend!


Earlier this spring, Austen messaged me to let me know Janet Foy would be at her barn old barn putting on a clinic. Remembering past blog write-ups of Janet's clinics from other years, I quickly moved my one weekend commitment and put this clinic on my calendar to audit.

From the moment I arrived Thursday evening to the moment I left Sunday afternoon, Austen and I were go-go-go. There was much to do and much to see! Sleep was almost an after thought. My two country huskies agreed that the fast-paced city life was exhausting! 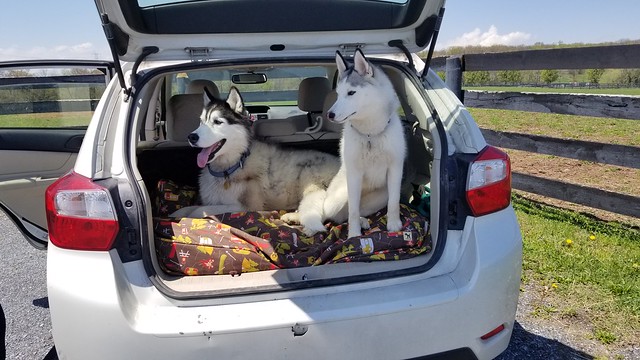 The clinic itself was really freaking cool. I've been to only a few clinics and this one was definitely with the most knowledgeable person to-date. It was really cool to see such a variety of riders and horses who were working across so many different levels. 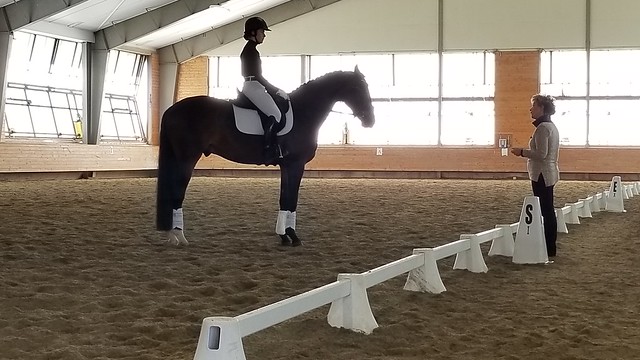 My favorite pair to watch was one of the young riders and her 6 year old horse who are currently working on second level. Such a beautiful pair!

Janet ended up using this rider as an example for so many things most of us do poorly, picking out key things many riders earlier in the day had done. It was crazy to see how "off" those things were after watching the young rider; sometimes you don't realize how crooked or incorrect your aids are until you see someone doing things so impeccably.

My favorite part was when Janet had the rider scoot way over to the right, collapse her left side, and put her right leg way behind the girth  - a contortion many earlier riders (currently in the audience) had put themselves in while asking for lateral work earlier in the day. As the rider collapsed through her left side for the demo, Janet told her, "No, MORE." To which we all giggled. She then noted to all of us how absurd this was and we could all see how incorrect it really was. Such a great learning moment!

I took away so many valuable tidbits from the clinic. I'm quite new to this world, so my takeaways are vastly different (and likely very elementary) from many others, but that's all part of the learning process! The spectrum of learning is really cool, and it was a true sign of how good a clinician Janet is that all levels of riders benefited from her teaching.

I won't expound greatly on my notes - they're mostly tailor-made to facilitate my work with Griffin and Q, but I've included them below for posterity. 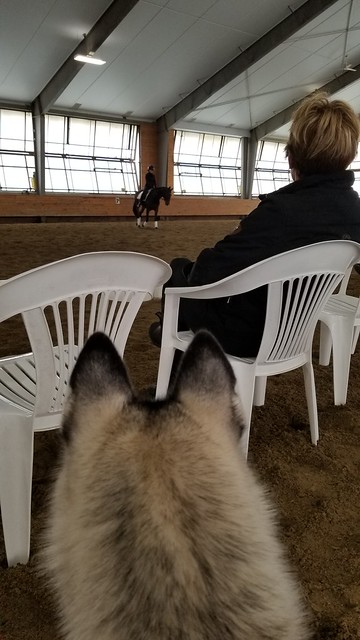 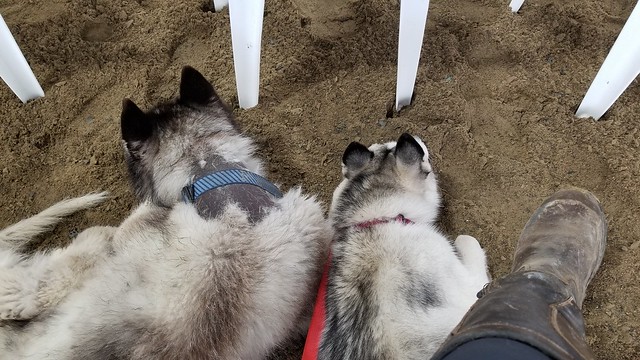 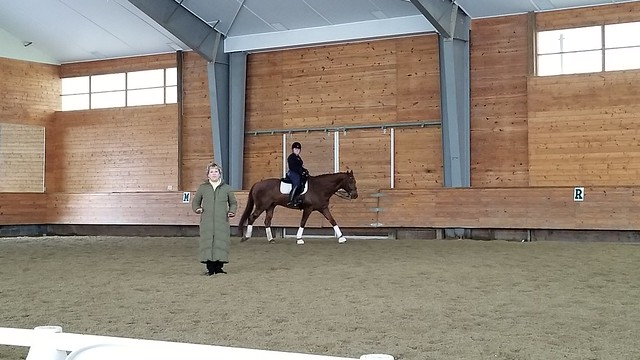 As I expected it would, the clinic was a great kick in the pants for me to get back to it with my dressage work on Griffin and Q. I'm really excited for the months ahead!

After auditing for awhile on Saturday, we headed to Middleburg, VA, to the Tack Exchange. I was on a quest for some tall boots at a steal. Unfortunately, I didn't find any within budget - but I did score some Kerrits tights for REAL CHEAP and a great short sleeve show shirt. Now I just need to find some freaking TIME to ride and prep for shows and endurance rides since I've got an expanded wardrobe for these things!


While in Middleburg, we rendezvoused with Olivia! There was no doubt she knew who we were from a distance considering we had three huskies. #sledteamstatus I quickly passed off Taiga to Olivia and we sauntered down the street, three horse girls with three huskies, to find a lunch spot. 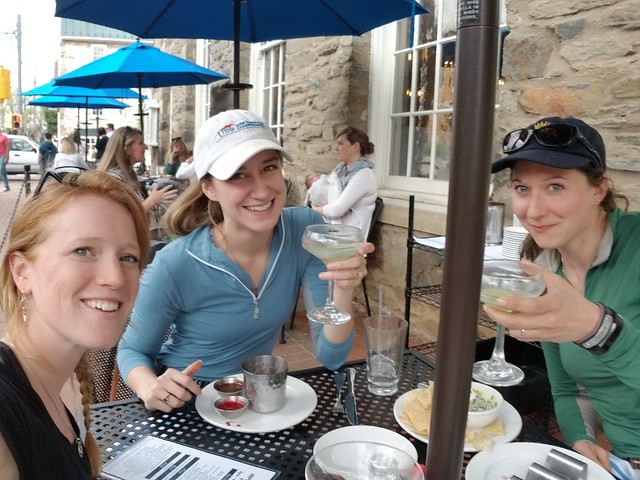 As we sat enjoying our happy hour fair, it dawned on me that Austen and I both had our cameras with us. There had been some casual talk of going to meet Frankie afterward and knowing Olivia had been wishing for some more media recently I threw an offer out there, "You know, we both have our cameras...." And boom, we were heading to see Frankie and become the strangest paparazzi of huskies and cameras he'd ever witness. 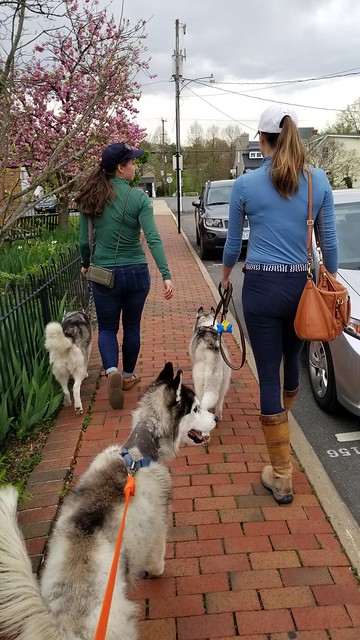 Fortunately, Frankie is a freaking SAINT. He barely batted an eye at the crazy dogs our our cameras snapping constantly. Seriously. He is THE SWEETEST guy. Olivia is the luckiest girl ever to have him in her life - and her adoration for him is so very evident in the way she constantly looks at him, smiles at him, and talks about him. I wish a horse like that on every little horse-crazy girl at some point in her life. 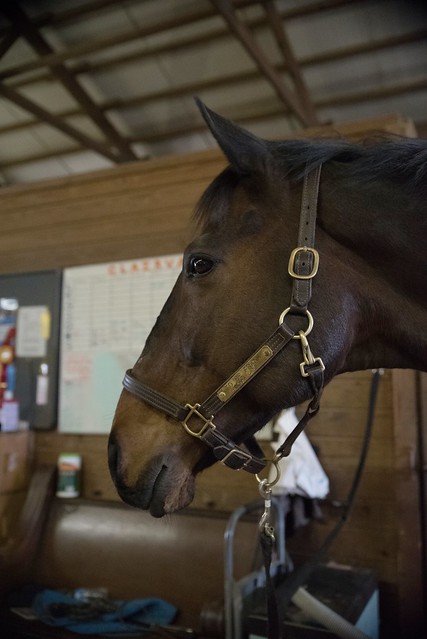 I even nabbed some of those "black background" photos for Olivia as she headed to the indoor for her ride. 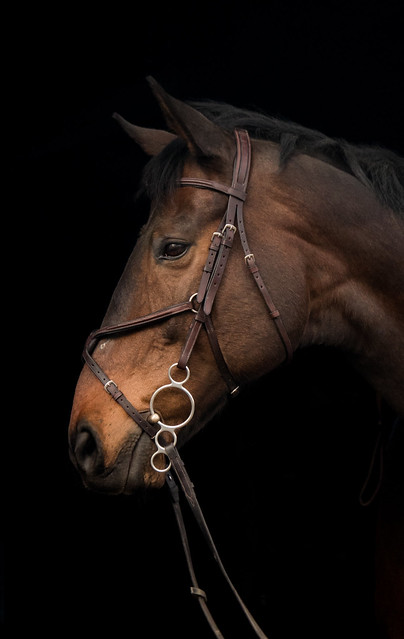 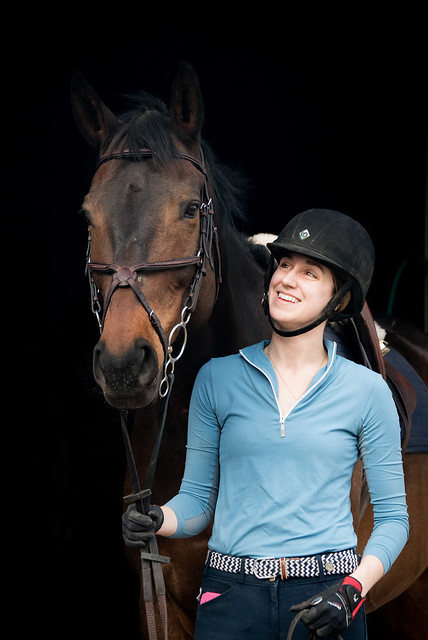 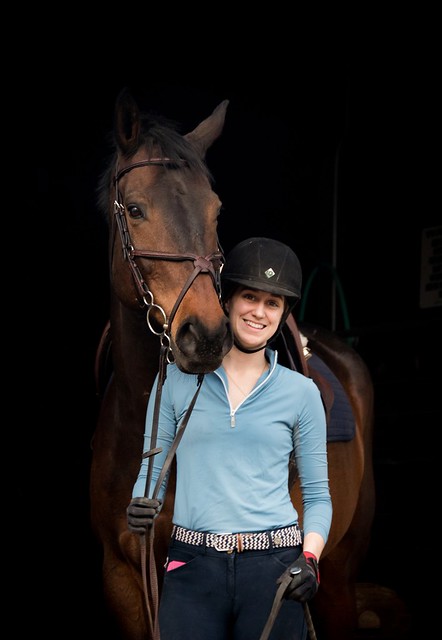 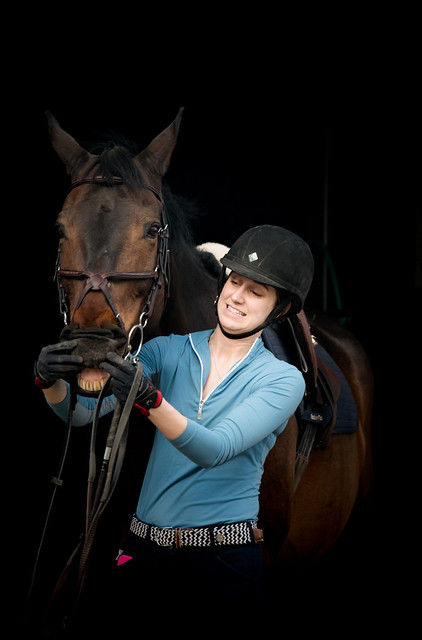 But seriously, y'all. These two. What a relationship. So many quiet touches and looks between them. They've got their own little language and it's the sweetest thing. Olivia's fiancee was a very, very wise man to involve Frankie in his proposal! It's good to have the big guy on his side knowing how much Olivia adores him. 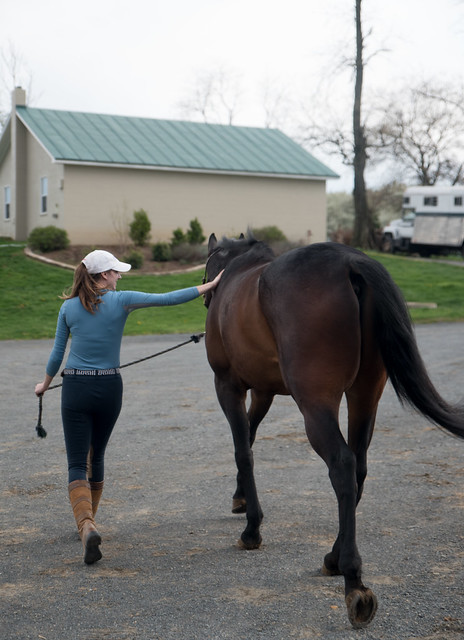 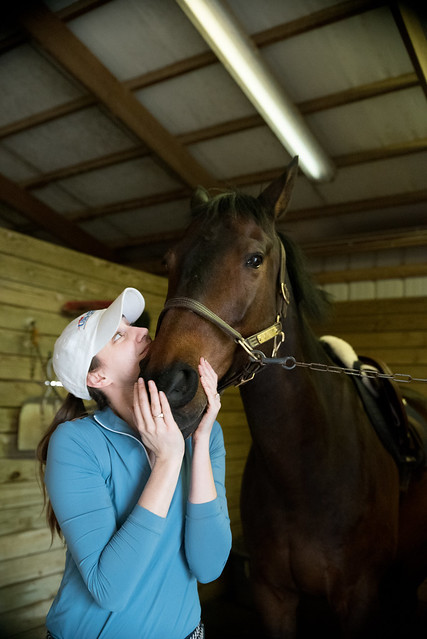 The rest of the weekend was full of history lessons from Austen and a photoshoot with Lyra in and around her home. The very lovely weather coupled with so many blooms and new leaves made for SUCH a pretty weekend.


All of the photography nerdery with Austen coupled with so much horse time, some hiking, much laughter, and lots of husky-hair made my heart so, so happy. The dogs and I thoroughly enjoyed ourselves and can't wait for next time!
Posted by Liz Stout at 12:00 PM