It was a shorter weekend for me (I have 3-day weekends every other week), and while there were ups and downs to this one, it ended on a major high note and I was a very happy person at the end of it all.

I've become busy with photoshoots for friends recently for numerous events.  Until now most things I've done for friends have been pretty informal, but with so many friends getting engaged/married/etc. I've had several requests for formal photos.  Its been a really awesome experience that has really helped to expand my ability and comforts within photography.

Friday I headed out to a "save the date" photoshoot for Jeanna.  This is the first of several wedding-esque photoshoots in my near future!  Tell you what, getting three horses, a mini, a lamb, a mastiff, a cat, and two kids under seven to cooperate?!  Not entirely possible.  But I think it ended up pretty well, all things considered.


The light I was anticipating around the time of day we scheduled it was nonexistent when I arrived.  But right as we got out to the designated "spot" the clouds parted to give us a little bit of the light I was hoping for.

The things I screamed to get those kids to laugh... Oh deary me.  Worth it though.

Here are some of the other critters that were not included in the photoshoot:

Oh, and just because I've already had quite the menagerie included in this post...

Three of them got caught in the barn and weren't smart enough to fly DOWN, out the door, and AWAY.  This one beat himself up enough to fall down, so I plucked him up for some photos and turned 'im loose.

Saturday I rolled out of bed at o'dark thirty to head down to the New River Gorge for some climbing and lake swimming...or so I thought.  The beginning of the drive was gorgeous.  Misty mountains complete with sunrise. 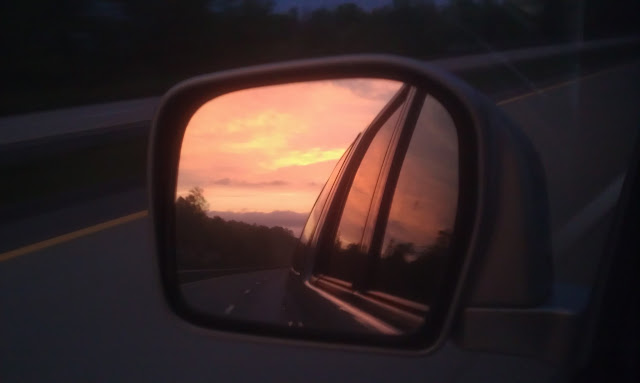 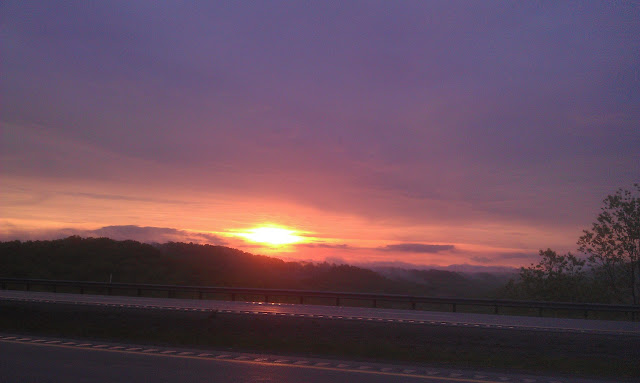 As I got further and further south the weather got worse.  When I arrived it was raining...and continued to do so until around 2:30p.  UGH.  I went down two weeks ago for it to rain the whole time and keep us locked inside.  Needless to say, I was pretty put out with the fact that I'd woken early to get down there only to have it be cold and repeat this again.

Kudos to Zak for being the peppiest person ever despite my horrid mood.  We went to Hobby Lobby (because I'd never been to one and sort of HAD to go) and then saw Hunger Games because he'd just finished the books (I saw it in MT).  After all of this it was STILL raining.  But, it was Cinco de Mayo, so we headed off to get proper food and margaritas to celebrate the occasion.  Cue day turn-around...or maybe I was just too drunk to care at this point...  But, the SUN CAME OUT AND THE RAIN STOPPED!  And I finally got to meet up with my friends from the Big Sky trip.  And we CLIMBED.  You heard me, I CLIMBED, finally.  Squee!  Day redeemed. 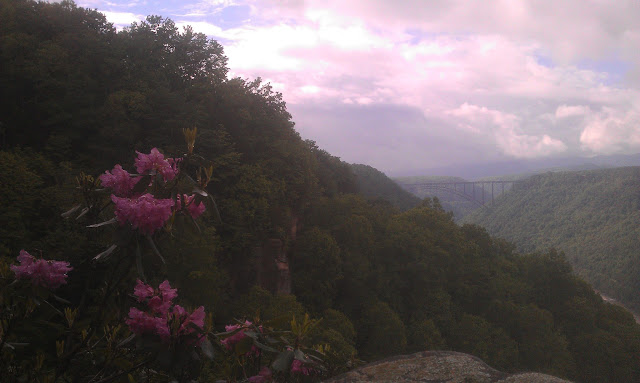 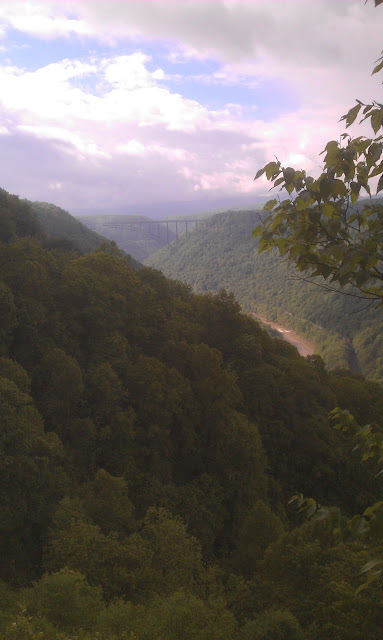 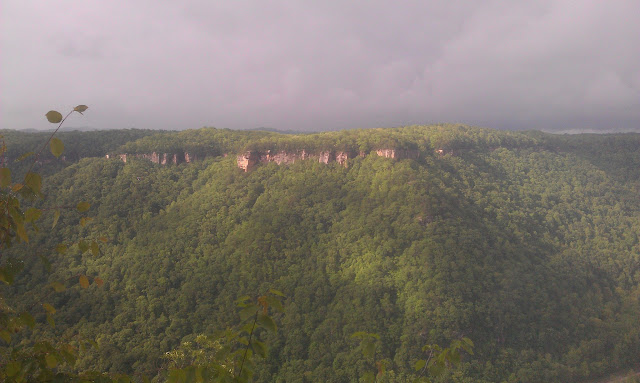 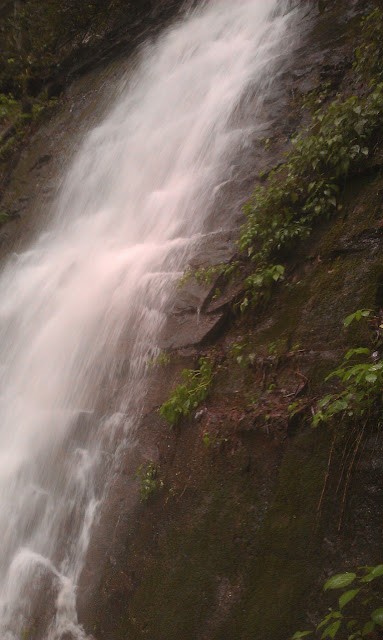 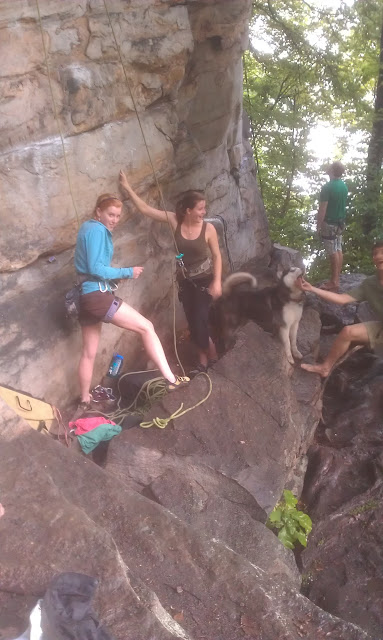 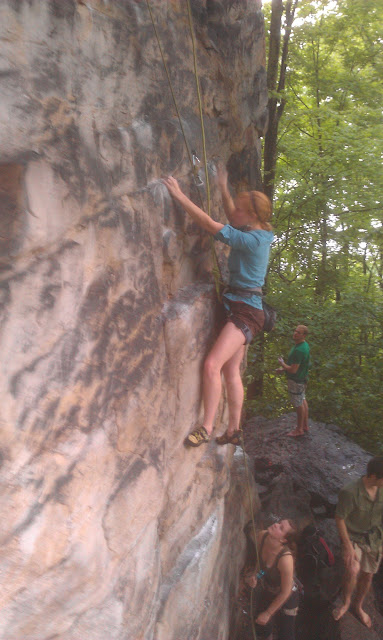 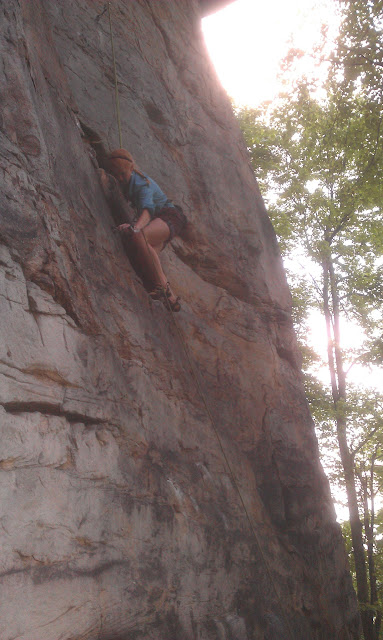 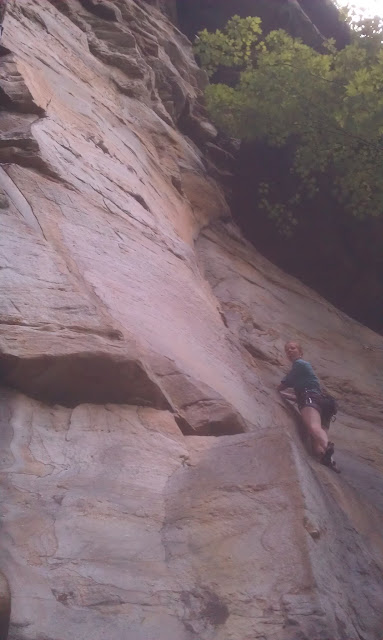 Sunday I managed to put 12 miles in the saddle.  Met up with Carly for the first 4, and with D for the other 8.


D and I have a ride twice as long (time wise, at least) planned for this weekend.  I'm pretty pumped.

So yes, quite the eventful weekend.  I wish they were all 3-days so I could pack more into them.  Climbing was the highlight by far as its something I haven't done in so, so, so long.  Come July when I have some time on my plate again I plan on getting down to the NRG a lot more.  Happy, happy, happy.