I really wanted to do a "Film Friday" with some of my GoPro footage from the race, but as I've been busy with other things and haven't had time to edit the video, so that will have to wait for another time in the future.

-GRIFFIN-
In other news, Griffin is back to work. He's not overly thrilled with the fact that he doesn't get grain like he used to - he's quite the Fatty McFatterson lately - but he DOES still come to me in the field and then lingers around the gate after I let him out. We've done two 20 minute lunging sessions this week and he is sweaty all over afterwards. I can't wait to work that belly off him! 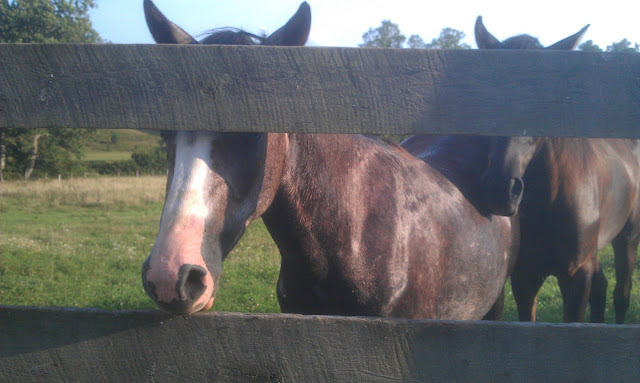 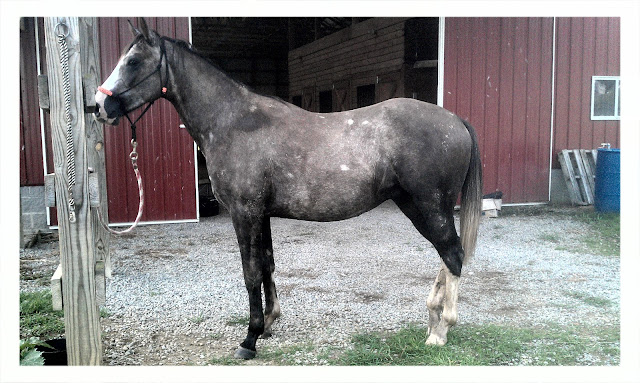 We've been working on a lot of inside turns to really make him move in different ways. He used to be squealy and offended when I asked this of him, doing a half-assed charge at me and then throwing his head around in a dominance stance. He's even tossed some kicks my way in recent weeks when we'd have a session or two. Needless to say, he's VERY full of himself lately. But with the last two sessions he mellowed a lot. Now he'll roll back and pivot almost like a cow horse will do without any crankiness at all. Good horse.

-KENAI-
Griffin's other issue of late is dog aggression/chasing. Kenai doesn't help the issue by barking at him and I can only do so much with the lunge line, whip, and my lack of 3 arms/hands. I would love for someone to be there with me who could deliver a shock reminder to Kenai when I'm working a horse on the ground so he wouldn't get in there and bark - but people willing to shock my dog are few and far between. And no, if I have someone else work the horses Kenai won't bark. He knows better than to test me. But until I can fix this issue with Kenai I have to focus on breaking Griffin of his must-chase-annoying-dog tendency. He's getting there... 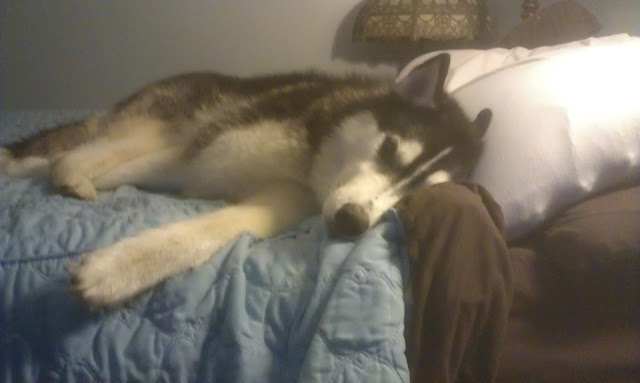 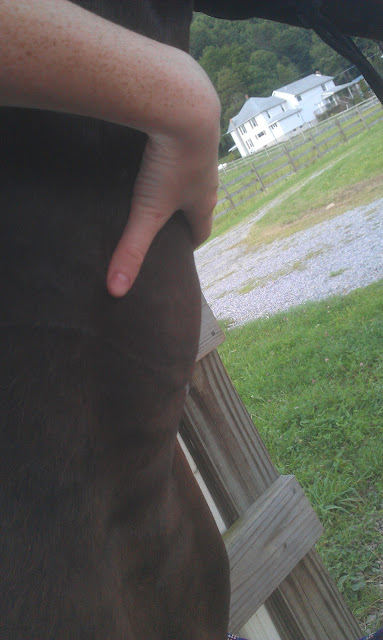 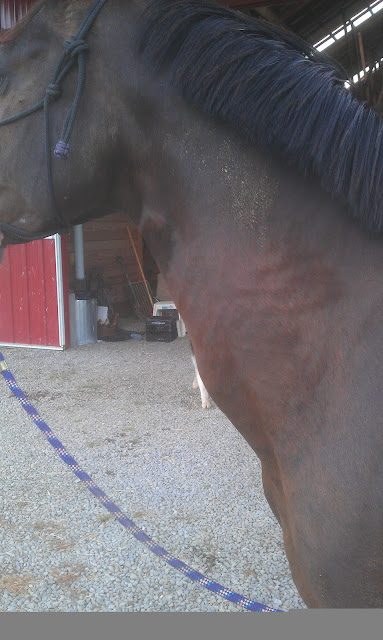 I am excited for our next ride in Kentucky in October. I have ample time to get her ready for it and its only a 25, 5 miles less than our race last week. I'm sure that this ride will be pretty hilly, but it can't be as bad as RBTR, so I hope we can really push through it...and I hope she isn't afraid of bugling elk since the ride flier mentions we may come across those?!
Posted by Liz Stout at 9:40 AM