I've been beyond absent on my blog these past few weeks - I didn't realize until just now that its been >10 days since I posted last. Odd for me. But c'est la vie when there is so much going on! I've barely been home. I've had two weekends away and a week of travel for work. Oi vey, how time flies when one is busy!

Two weekends ago I went to Bristol, TN/VA to see Mumford and Sons at the Gentlemen of the Road Stopover tour. This tour features Mumford and several other bands they "hand picked" and its making several stopovers across the US. I was mostly excited to get to see Mumford as I LOVE LOVE LOVE them, but it was really awesome to see [and fall in love with] some other bands, too (i.e., The Apache Relay, Justin Townes Earle, Dawes, Simone Felice). 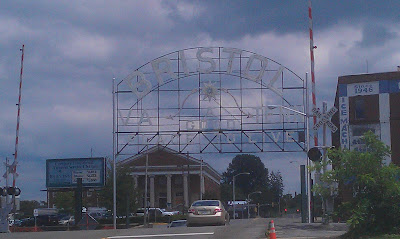 Mumford and Sons are from London, so the fact that I was going to gain the opportunity to see them in the US for next to nothing and get to see several other artists thrilled me. I've been absolutely in love with this band since February of 2011 when a friend introduced them to me. Since the 2011 Grammy's they have gained a lot of popularity in the US. 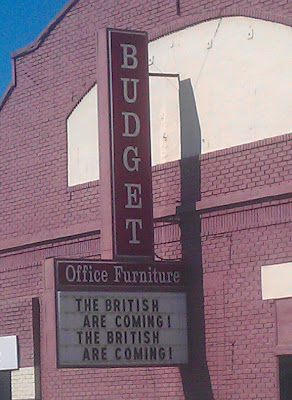 Their performance was absolutely incredible. The concert venue made for limited viewing for a short person like myself, but as far as their sound and stage presence - wonderful. We got to hear a lot of their new album (releasing on Sept. 24) and the icing on the cake was their final number of the night. They had all the bands from the day come on stage with them and they all covered Old Crow Medicine Show's "Wagon Wheel". To say I was ecstatic would be an understatement. It was INCREDIBLE. Multiple harmonies intertwined as they went through one of my favorite songs ever. Love, love, love.

Overall it was a really incredible (& cheap!!) weekend. Bristol is a great little city with a lot of good eats. A great escape.
Posted by Liz Stout at 8:26 AM

Email ThisBlogThis!Share to TwitterShare to FacebookShare to Pinterest
Labels: Mumford and Sons