Last week I decided to do some ground pole work with Griffin.

I took all 6 poles from my standards and set them up as trot poles.

It took a little botching to get the spacing *just right* for Griffin. You see, this horse thinks that the canter is the answer to EVERYTHING. He'd rather canter than just about anything - at least on the flat. If poles aren't spaced *just right* he will canter them. He has the ability to do the slowest, most collected canter. I've tried to tell him how trotting would be easier, but he is very insistent that his collected canter is better.

I did get the poles arranged in an acceptable spacing however. 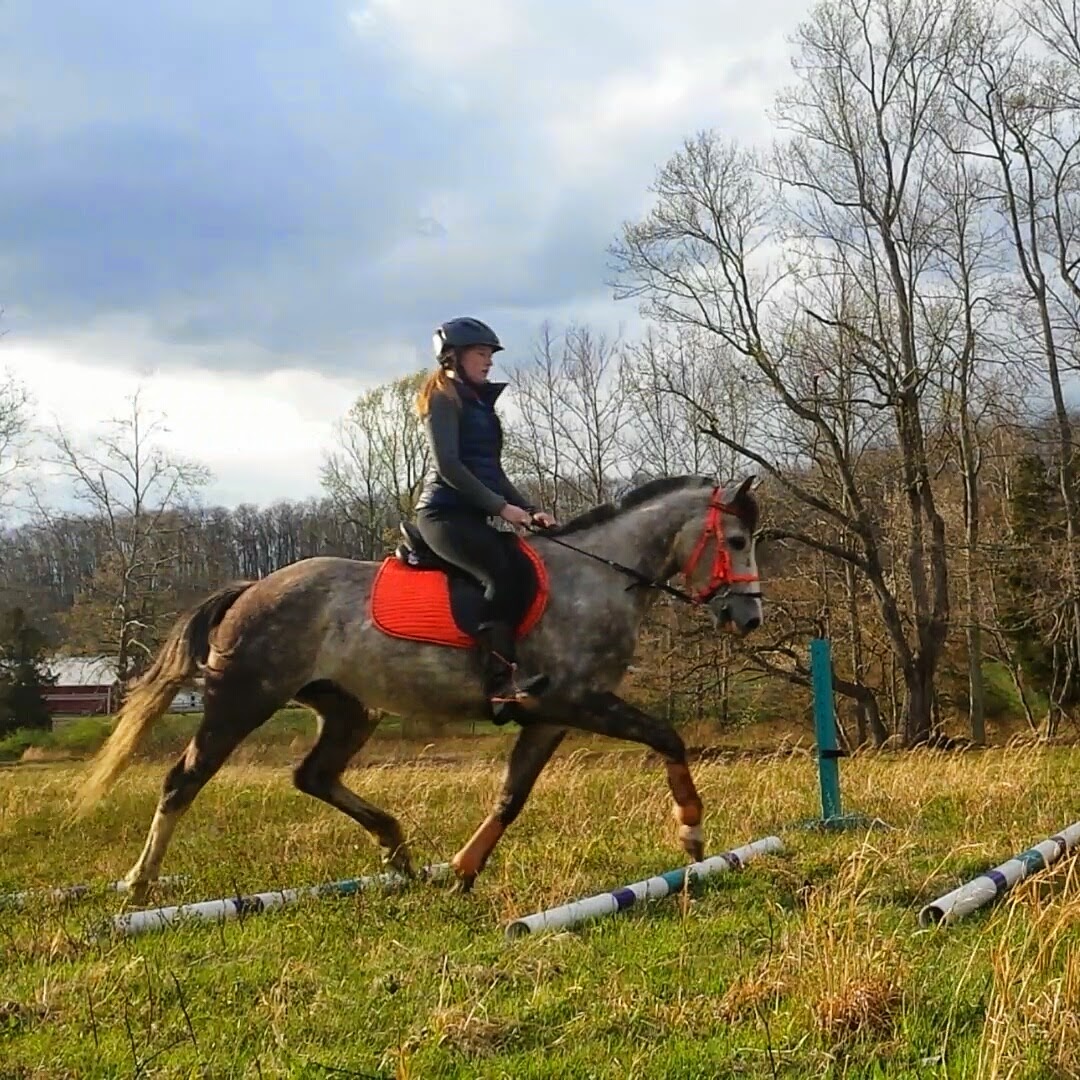 I made the ground poles a piece of several patterns so that I was able to approach them from both sides.

As Griffin proceeded through the non-ground pole section of the patterns he often asked to canter and was immediately shut down into the trot.

Finally though, after being shut down many times, I gave in and told him, "Fine. If you're going to canter it's going to be really hard." 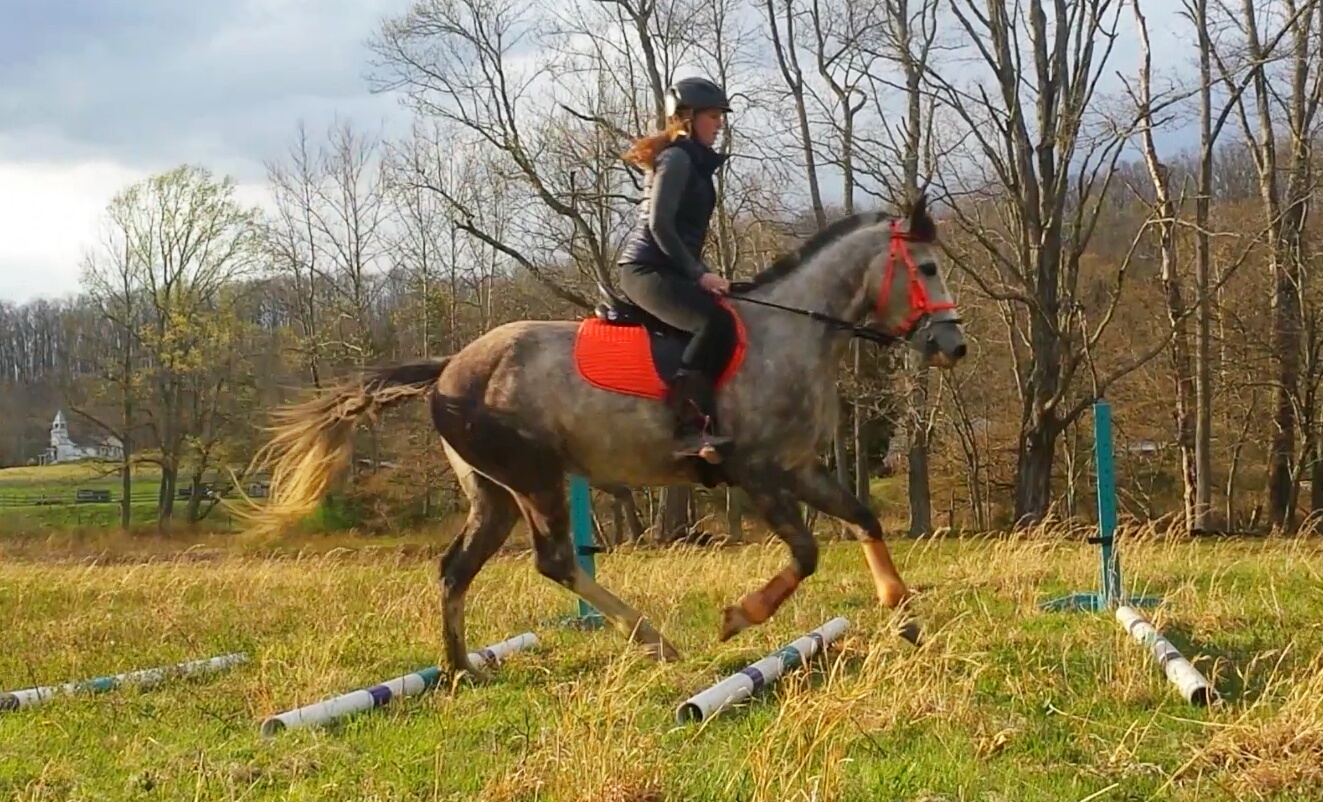 And so I made him canter the trot poles.

I could practically hear the cogs in his little head whirring with that! He maintained right until the last two poles and then broke into a couple trot steps. The second time through he did better, however.

He was happier to trot after this...for a time.

So I told him again, if  he wanted to canter it wasn't going to be easy. And so we did a 10m circle in both directions.

This is HARD, Griffin expressed.

"Oh, I know," I told him, "but you wanted to canter when I told you trotting was our goal. Trotting was easier. If you're going to do something else, it isn't going to be easy. Cantering will not solve the world's problems. It really is not the correct answer to everything!"

After completing a circle in both directions without falling in, we quit with canter. And Griffin agreed, finally, that trotting was indeed a good answer and we ended on a very good note.

I'm so very much enjoying my work with this horse lately! He's so wonderful to work with and learn with.

And while the angle is slightly different (and trot poles have been added), here is a ~6 month difference in this grey gelding of mine: 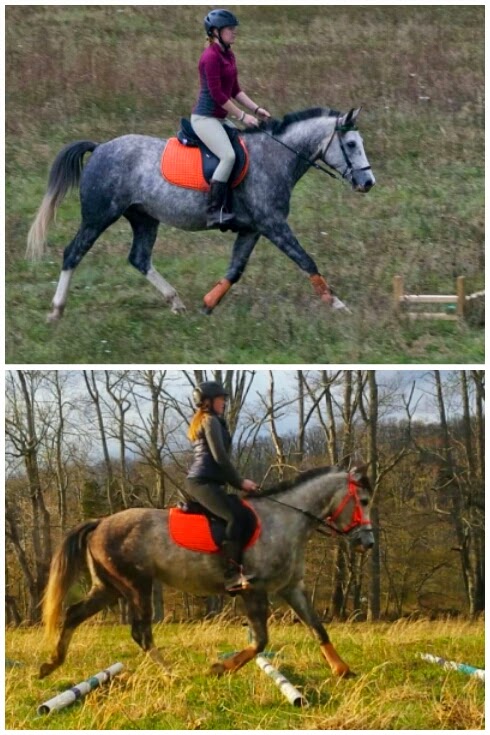