I don't know that I ever got around to mentioning it on the blog, but a few months ago, I got a second cat. 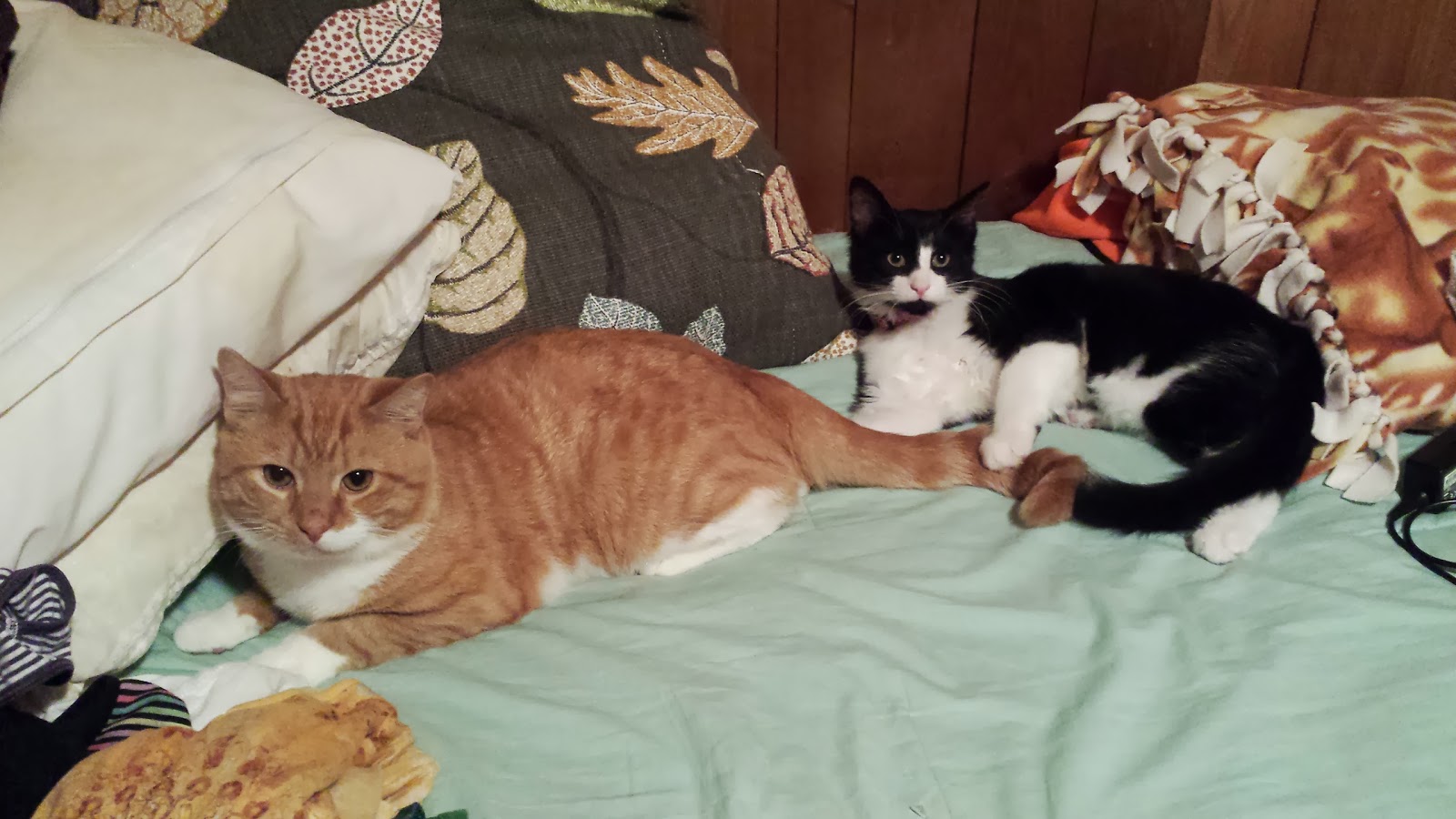 Atticus (AKA Shitlord, Shitten, Little Shit, You Shit, and Asshole) was quite the handful as a kitten. I mean, he's going on 7 months old now, so he's still far from being NOT a kitten. BUT he's not so bad now. He's actually becoming a stately gentleman who is sweet and more or less the cat I hoped to have.

BEFORE though, before he was awful. The only time he was improved was when he had another cat as an outlet for his Shitlord-ness. And thus, my search for a second cat began.

I wanted to find (in a perfect world) a 1-3 year old already vaccinated and hopefully fixed cat, preferably female. I had decided to not go with a shelter because they (or at least the nearby ones) have absolutely insane requirements for adoption - far too many loops to jump through. (You WONDER why pets don't get adopted? THIS is why. I understand why they have loops, but good god, no. I cannot swear to you that I will forever and always meet requirements A-J, that I can get signed documents from X number of people, or that I really want you stalking around my home for X number of random visits.) 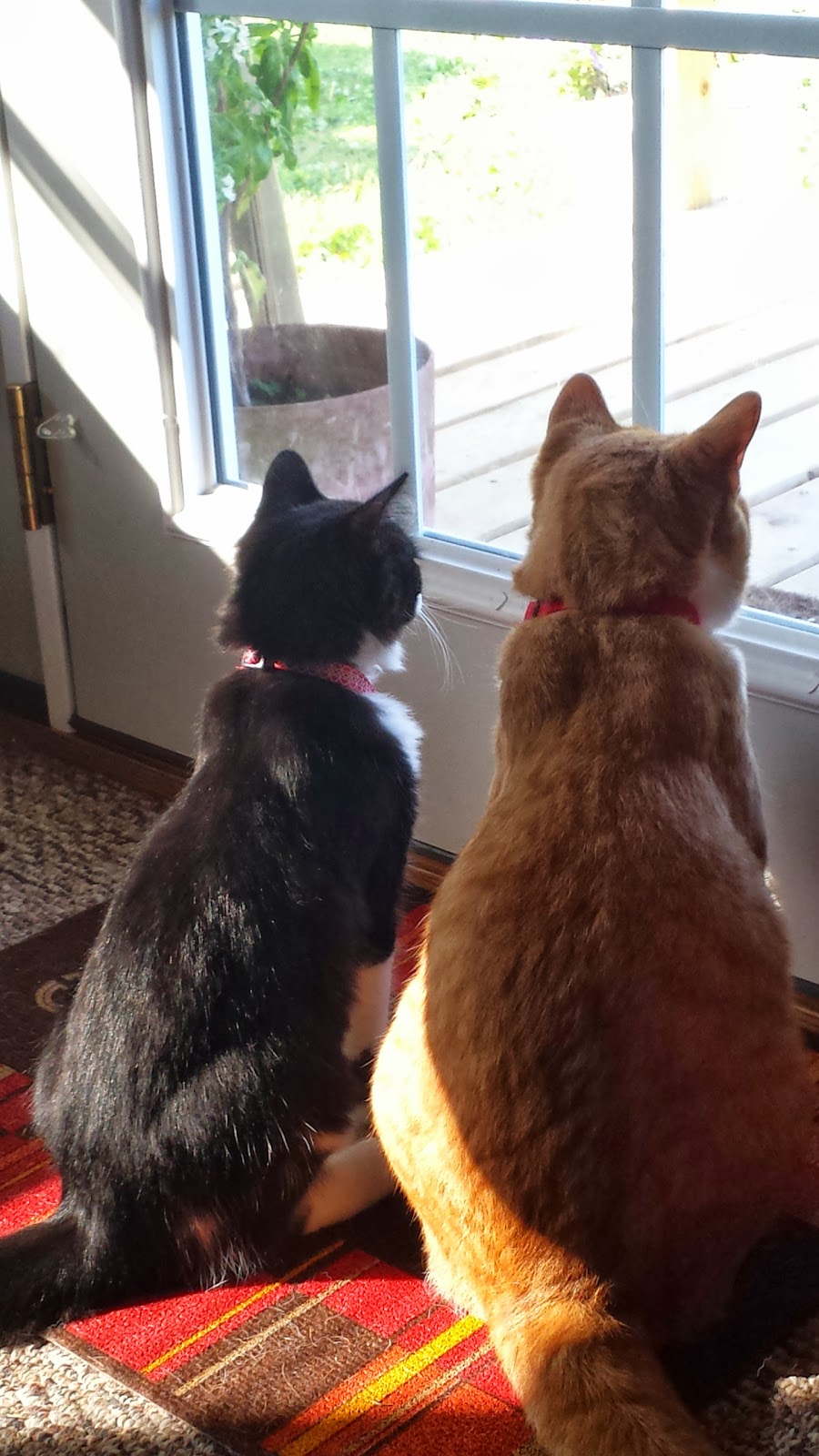 I went through a couple options before a friend informed me of a year old barn cat who was in dire need of a new home after a new dog had been introduced to the farm he was at that was a cat killer (and killed the other barn cat already!). This little orange guy with four white feet and half a white mustache was reputed to be so, so sweet and completely unbothered by dogs (a fact that added to his danger in his former living situation).

The little orange cat was overly confused and yowly on the drive home. The only place he would stay calm the longest was on the dash where he could be wedged against the windshield. We joked around with naming him Dash because of it.

Upon coming home and getting to know him for a day or two I realized he was really quite...simple. So simple.

I'd tried a couple names before joking that I should call him Hodor after the lackwit in Game of Thrones which I was deep into reading at the time.

Oddly enough, when I said, "Hodor" he looked at me and mewed. 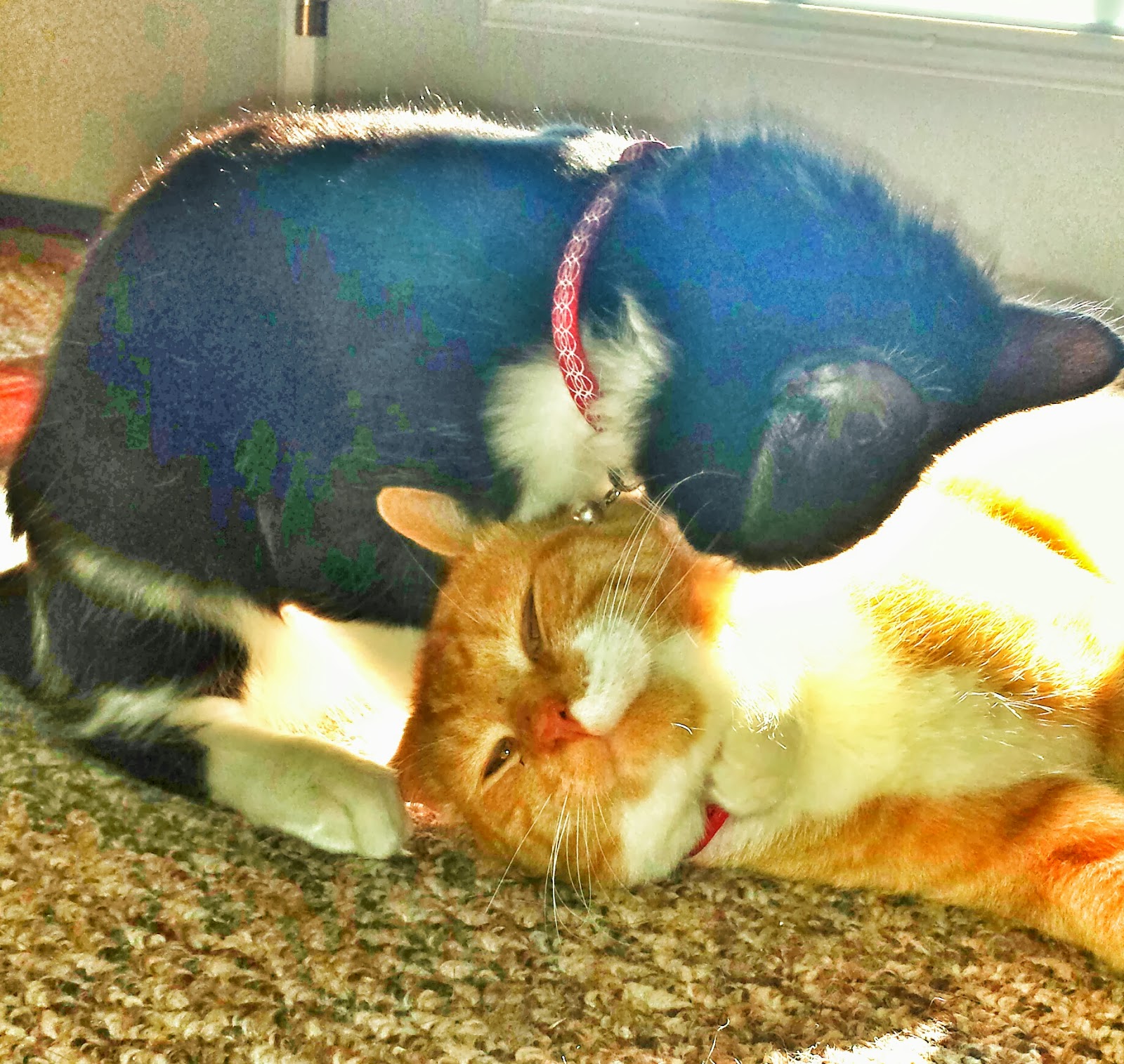 Well then. Hodor it is.

And thus, I had a cat named Hodor. Who still meows nearly every time I say his name.

And further evidence of his simpleness...

It took him nearly a week to realize more of my 3 room (not bedroom, ROOM) apartment existed than the bedroom. Despite using an INDOOR (between rooms) cat door, when I installed the one to the outside it took him 3 days to understand it. It would take him another week to understand that he could come IN and not only go OUT. If I cover him with blankets its like I just shut the world off. He quits moving and won't try to come out.

But he's sweet. And he's not pissing in the apartment anymore. And even though Atticus HATED him for 3 days he never hissed, pounced, or lifted a paw against him.