Last Tuesday was a tough day mentally for me. I'd made a big decision on some life choices the day prior and was still mulling things over in my head.

From past experience, I've found this mulling process to be aided immensely by time spent with horses. And so that is what I did.

My goal upon arrival at the barn was to strike out on a trail ride with Griffin. I figured I would spend as long out on the trail as he could stand and see where it got us. Distance wasn't really a concern so much as TIME. I needed that time. And conveniently enough, the Universe was smiling upon my plans this day and had gifted me with blue skies and temperatures in the low 70s. Rare for a mid-November day in the heart of the mountains of West Virginia.

However, life being what it is, Griffin managed to rub a bit too hard against what wouldn't usually be construed as a "sharp" area of the stall door as he entered the stall to eat his mash and earned himself a nice superficial cut on his side. This superficial cut? RIGHT where the saddle pad/girth area is. Sigh.

I hung my head a little, sighed a lot, and trudged to the tack room to get my clippers, betadine, and a sterile gauze pad to clean it up. Griffin hardly batted an eye or flicked an ear at me while I cleaned the area up. If it had been anywhere else on his barrel (you know, not near the saddle area), I'd likely not done a damn thing to it. It was the kind of superficial cut that is scabbed over nicely within 24 hours and healed entirely in less than a week.

I looked across the barn aisle at Q in her stall and rolled the idea of just riding her around in my head for a moment. No, I decided, she's earned her time off and I told her she could have it. Besides, my head really can't handle the possibility of her spookiness on this day.

I set the saddle and pad on Griffin Just To See. Curses. The cut was RIGHT below the pad by about an inch. It would DEFINITELY be rubbed by the girth. I didn't really care to risk making the cut worse or inciting a pain response from my horse while riding as I don't care to hit the dirt as a result. (And it wouldn't be fair to him.) And so I trudged the saddle back into the tack room.

It was a fantastic ride. Kenai came, too. 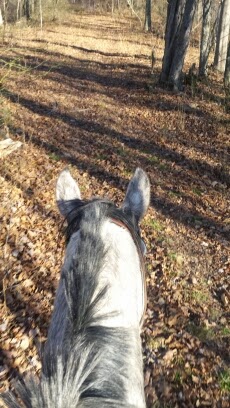 After each gallop set, I'd ask Griffin to halt and wait so Kenai could catch up. Each time, Griffin was beyond behaved as he stood quietly waiting, sometimes turning to nuzzle my foot to let me know he understood why we were waiting. One time, when Kenai was taking an exceptionally long time to reappear, I even asked Griffin to backtrack to find him. This backtracking involved turning away from home (where we were returning), and despite it, Griffin struck off down the trail with eagerness and confidence, nonplussed about the change in direction from home. GOOD BOY. (Kenai found something that smelled good and had been tracking it, which caused the delay.)

It took a bit of time for me to realize what he was doing, but for the fifth or six "speed up" moment since allowing Griffin to move out as he wanted, I realized he wasn't choosing his moments at random. He was timing them with my mental processes (which very likely were correlated in my muscles in the rest of my body). Right as I would lose focus on the present and start to dive deep into my head mulling things over, Griffin would pick up the pace so I would be pulled back into the present moment.

Upon realizing what he was doing, I couldn't help but smile and laugh. Such a good, sweet boy this horse is!

The two times we galloped on the way home I dropped my reins, spread my arms wide like a bird taking flight and just let the wind hit me full in the face as Griffin charged up the trail. It was a beautiful thing to be riding without a saddle and to be able to drop the reins for a full out gallop like that.

And that's how I ended up riding 7.5 miles without a saddle. 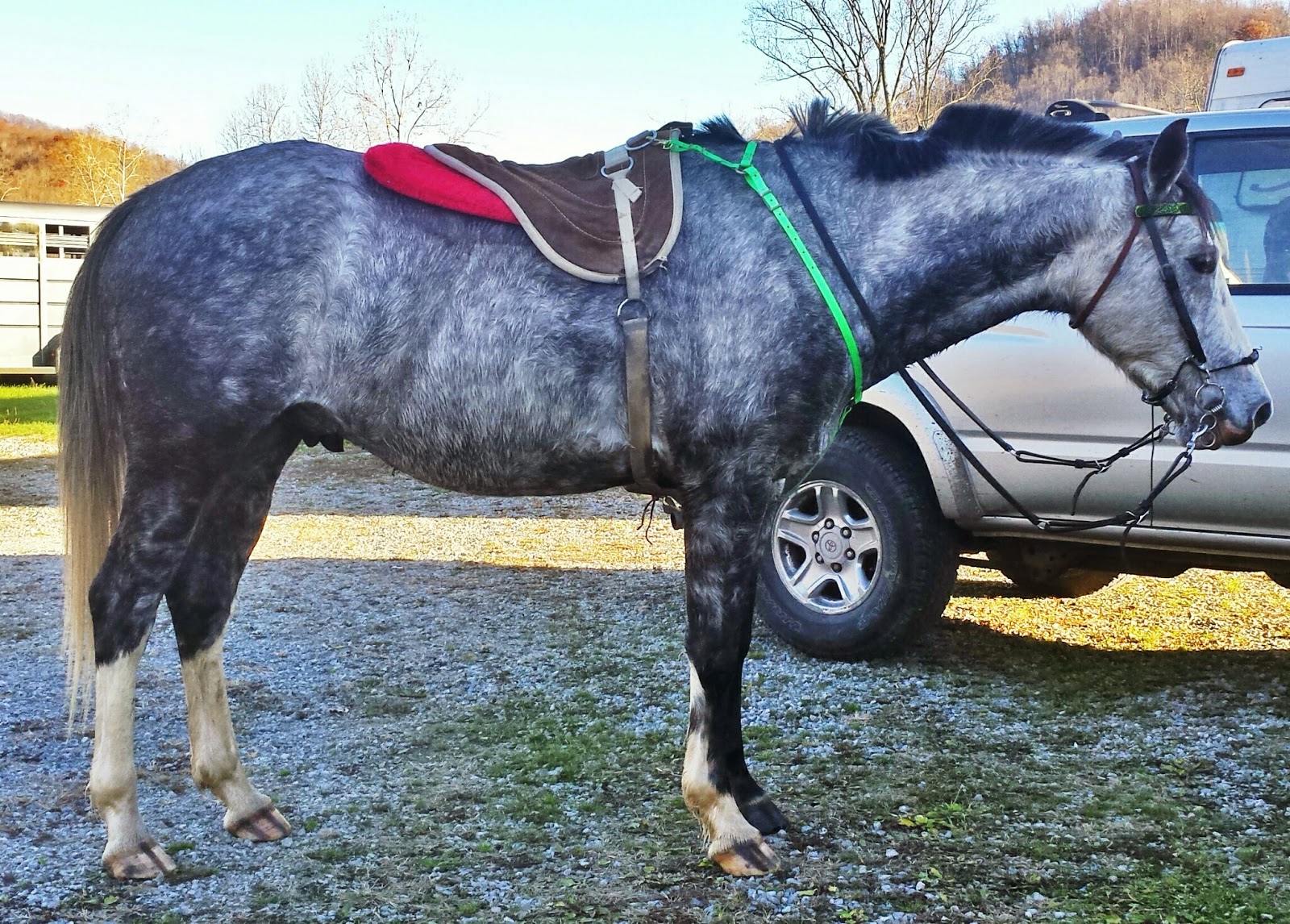