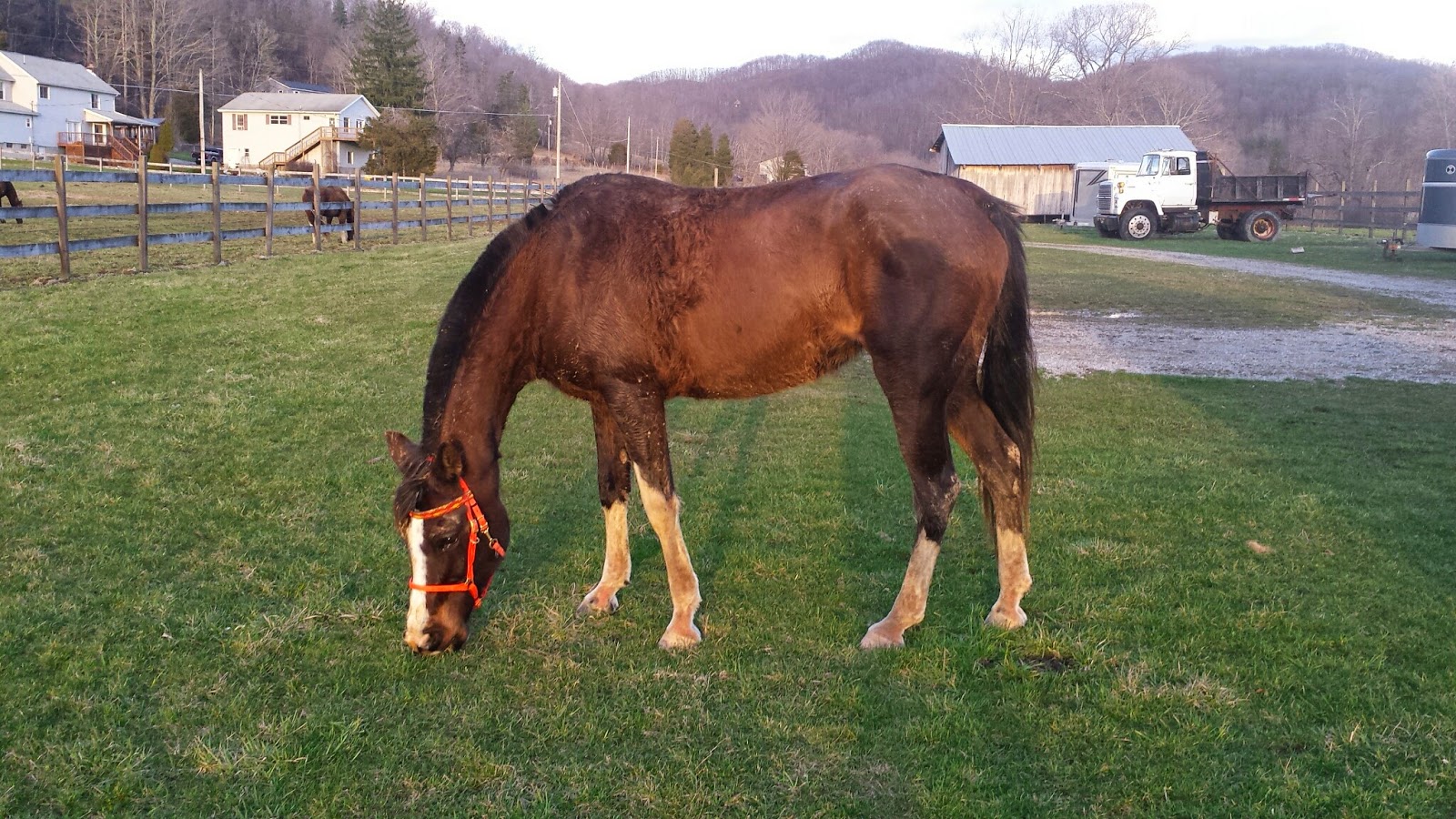 I need to write this down now so I can remember it forever more.

I had the most amazing ride on Q last night.

I was hesitant that it would be so, as she'd been a bit weird around the barn as we tacked up. You know, a bit higher on alert than typical, a bit bothered about the world.

It was very windy last night though. Very windy. Not overly strong winds, but a steady 15-20 mph. Enough to make the world active and more unpredictable than usual.

We set out nonetheless, a goal to get in some true trail time, no more field mileage. I settled on an oldie but goodie, Relient K, as my music selection for the evening, and, singing, mounted Q and departed.

As we trotted out of the barnyard and down the farm drive to cross the creek and head across the back field to the woods, the other horses spooked and did their best "idiot runs", as I call them, away from us. Each of them practicing a spazzy strung out gallop that started with purpose and finished with the pure joy of movement.

I carried the dressage whip, a new norm, as we set out. I intermittently tapped Q's shoulders, side, neck, and flank with it to keep her attention focused on me and not so much on her surroundings. Additionally, I "hugged" her with my legs and tapped my heels against her through areas she was showing a little more concern about.  It must have worked, as she was more confident moving past "monsters" than ever before!

From the get go, that little mare BLASTED up the hills last night. Absolutely ate them up. All of them. We climbed >1,600 feet according to my GPS, and she trotted and cantered 95% of that.

We walked the steepest steeps (of which there are very few) and the slicker spots. We trotted or cantered everything else - even the downs. Q was so forward and eager when allowed to canter some of the downslopes (the footing is impeccable and the incline is not great at all). She took such care with her body and her rider through these sections. I took care to keep myself as centered and balanced as possible to help her. It was terrific.

Her ears were up and eager the entire ride. She was focused down the trail and around the bend. Our shadow that danced along the uphill embankment of the haul road on our return showed a classic silhouette of a lithe, Arabian-style horse and its rider. A true endurance pony.

No fewer than a dozen deer ran from us and one grouse flushed. Only one deer caused her to really show concern and slow down, one of her hind feet slipped on it's island of softer ground which led us into quite the graceless stop. I comforted her and told her it was okay, turning to observe a 3' skid on the ground before her foot met back with the dirt/rock that composed most of the trail. A prouder moment however, was the grouse. It flushed up from behind a particularly suspicious log and other than a tiny shudder through her body, her step (trotting) never faltered and she marched ever on.

I praised her and patted her and told her how proud of her I was and how wonderful she was doing, so far. I always have to add the "so far" or "today" or "right now" or "on this ride" when I tell her (or any horse) things. I just don't trust circumstance to continue forever on the path its on, so I set myself up a bit of an escape door as to not jinx it all. 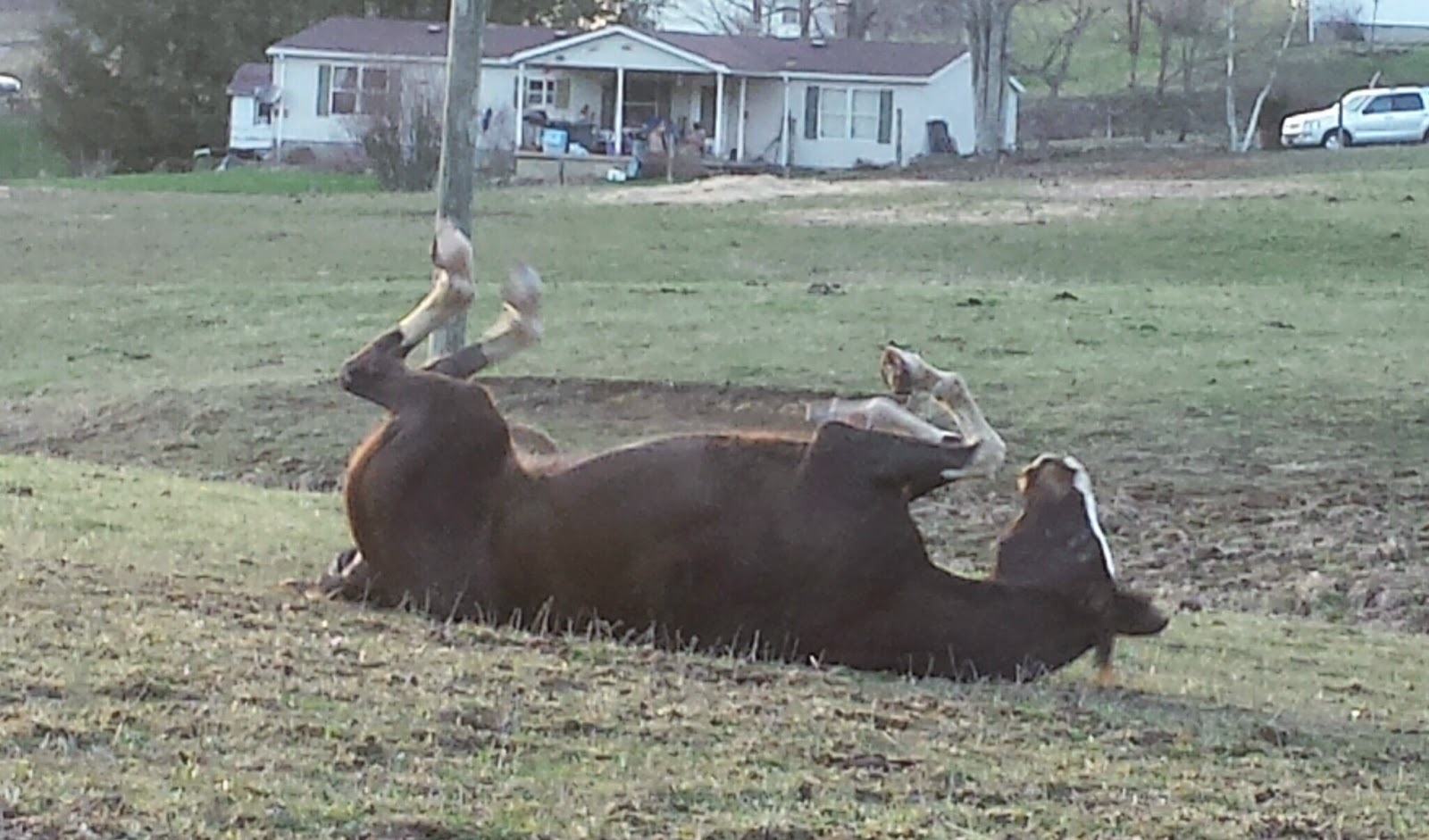 The only spook of the entire day was in the field on our return. Some suspicious blades of grass amongst more grass. She did a dodgy flying lead change. It was easy to ride and likely would have looked like a wiggly athletic leap to an onlooker. I slowed her (from a canter) and turned her to traverse back past the spot once before turning home (again) for good. Nonissue.

It was just the ride I needed, but didn't know I wanted and never even dared to hope for. It's beyond thrilling to see this mare behave in such a manner traveling down the trail. It gives me hope.
Posted by Liz Stout at 7:00 AM