I walked into camp to find that only Tom, Missy and Lucy (who was already asleep) were there.  They couldn’t believe that we’d made it.  They were convinced we would have stayed at the top.  (We couldn’t because we had no food, no sleeping gear, and, though fortunately not important, no first aid kit.)

In the off chance we would show up they had prepped sleeping areas for everyone and had made dinner (which they’d already pulled up the bear cables, but quickly brought down and reheated for us).

I sat the first chance I got after searching to find that while my sleeping things had made it, my clothing had not.  Drat it to hell.

The four of us, with the help of Tom and Missy stumbled around getting our animals taken care of.  I became useless pretty quick as my feet deteriorated further.  I gave in and sat to eat a little while trying to nurse them best I could.

As we all got some food in us, spirits raised and stories started up as we relived the day.

Wag joked about how Melinda (who is his fiancée) was out of the saddle for the umpteenth time fixing packs/clearing trail/etc. during the trip she’d snapped at him to, “Watch it, I’m in a mood!”  To which he responded, “Wanna fool around?”  And she snapped, “Not that kind of mood!”

At another point in their journey, when she was trying to navigate back up the trail from adjusting something with one of their pack horses I guess Wag heard her muttering under her breath, “This is it!  Today has been two trips.  The first and the last.”

And I guess when we were completely in the dark on the way back, pre-flash light Melinda kept asking him to use one, and he kept saying no.  And finally he gave in and told her if she wanted to get one out she could, to which she responded, “I’d really rather NOT see what the trail looks like right now.”

But then she decided to get off and walk the remainder when we reached one of the stream crossings.  Supposedly she walked off not wanting to let Hov’s white cowboy hat out of her sight and left Wag at the stream.  He said he was sitting there talking away and then, “Melinda…?  Hello?  Anyone…?”  We’d all left him.

I joked with everyone that packers need a flippin’ reality show.  I mean come on, we’ve got Ice Road Truckers.  How about Single Track Packers?  There could be drama about how shitty the trail was, and who’s horses and mules were better.  Then we could have play-by-play commentary when a horse fell off the side of the mountain, “Oooh, and there she goes.  She’s rolling down, down, down!  Oh, oh!  She’s stopped at that…nope, she’s rolling again.  That’s gonna hurt in the morning!”  See?!  Lots of potential for a reality show!!

After a good night’s sleep and some food the next morning – because we did have the kitchen with us thankfully – Tom and Hov headed out to retrieve the saddle and packs that Mark left when he took his injured horse out.  The rest of us prepped the other animals to leave.


The 5 or so miles out went without incident. 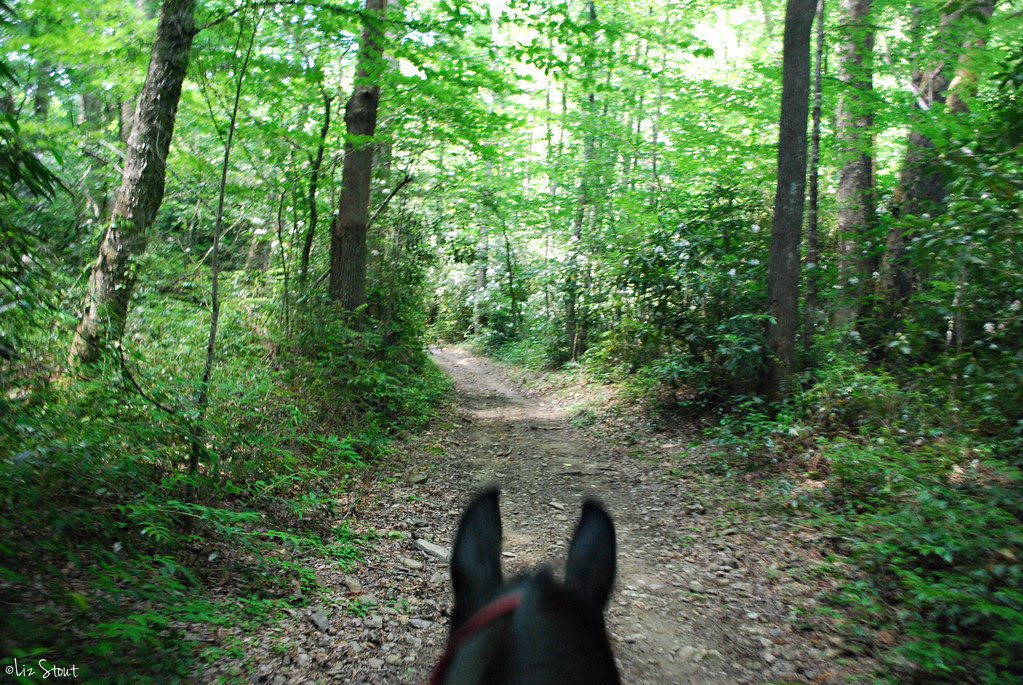 We came to discover that Mark’s horse was fine other than three major lacerations.  One near her stifle, one on her shoulder, and the worst one over her eye.  Lots of stitches were required, and her eye ended up swollen shut for a bit, but she was going to be okay.  If she’d been packing a lumber load or the kitchen boxes, she may not have fared so well.  Fortunately she had soft, but heavy loads.

Nancy, who fell off in the beginning ended up having multiple fractured vertebrae and some of the gnarliest bruising I’ve ever seen on her right tricep, right hamstring, and entire lower back.  She looked like she’d been in a car wreck.  She has to take it easy for awhile, but escaped with only a one night stay in the hospital (which included ICU) and no back brace requirements.  She was very lucky.

I was very rattled and beyond humbled by the end of the whole trip.  It took a lot for me to push through and complete that first day.  We ended up doing ~30 miles in that first day, ~9 miles of it on foot, ~5 of those miles in the dark, and about half of those miles were without a flashlight.  (As a kid I was very afraid of the dark and for the longest time I slept with a light on.  I was convinced some animal would come out of the woods and attack me through my window.  Walking without a flashlight in the dark as I did brought all those fears back for a time and it took a lot for me to push them away.  I'm definitely stronger for it now, but those few miles were some of the scariest for me.)

I mustered up the strength to drive home that day, which was a good thing as my feet were worse than I anticipated.  The entire bottom of my left heel was a blister; I had two quarter+ sized blisters on each of my arches, and a nickel sized one on my left foot below my big toe.  I could barely walk the first morning.

I recognize the importance of preparing and planning ahead.  I see where we made mistakes.  I understand why things happened the way they did.  I know now, for a later time, how to prevent things like that from happening again.

It was a crazy, beautiful, scary experience.  I learned so much and I came out a better person for it all.  I haven’t been so challenged in a really long time.  I wouldn’t trade it for the world. 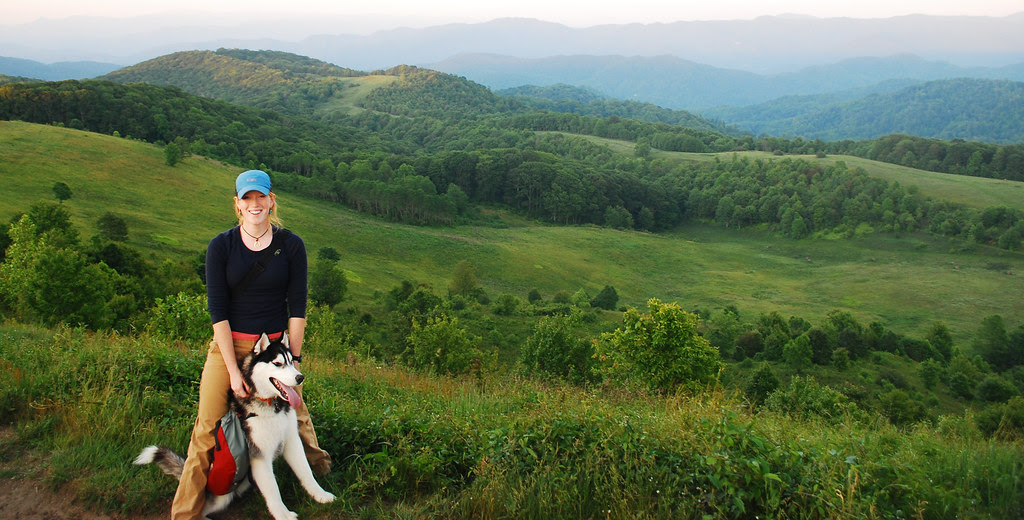 Email ThisBlogThis!Share to TwitterShare to FacebookShare to Pinterest
Labels: packing